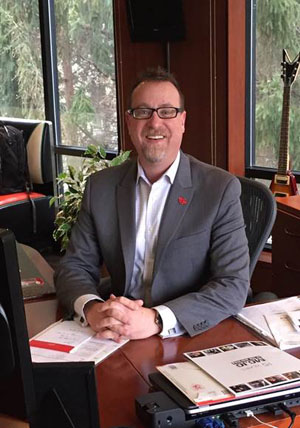 Former MAB board member Nick Gnau will be based in Detroit and oversee 35 markets. In 2012, he became Market President for iHeartMedia Detroit and, in 2016, was appointed Region President.  In 2018, he was named President of iHeartMedia’s Philadelphia Region.

This is part of iHeartMedia’s recently announced Markets Group structure, which utilizes the company’s major investments in technology and artificial intelligence (AI) to maximize the performance of each of its markets – and the company overall – with its unique scale and multiple platforms; leadership in audio; and its expertise in consumers, monetization and data. The new structure will enhance iHeartMedia’s position as the number one audio company in America, continue its successful transformation as a technology- and data-powered 21stcentury media company, and accelerate the development of new platforms and services.

Under the new organizational structure, the company will now group its markets by common needs and characteristics into three distinctly different divisions to make sharing of resources and experiences easier and more targeted. LeGrett and Hopeck will lead the Region Division; McConnell, Coles and Byrd will lead the Metro Division; Abromovich, Gnau and Lankford will lead the Community Division; and Donohue will lead the Multi-Market Partnerships Division.

“It’s an exciting time at iHeart as we launch our new Markets Group structure to capitalize on our unparalleled reach and groundbreaking technology to create one-of-a-kind platforms and services for our employees, partners and listeners,” said Ashlock. “Our nine Division Presidents bring a complementary portfolio of knowledge, leadership and diverse functional expertise that will position us well as we continue to transform and modernize as the leader in the audio space.”