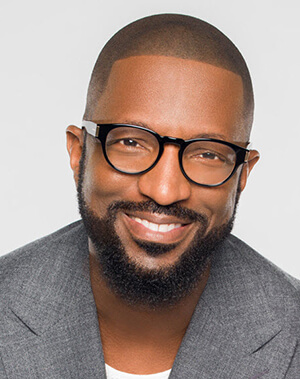 Beasley Media Group has announced that the syndicated The Rickey Smiley Morning Show can now be heard on the air weekday mornings on the company’s WDMK-FM (Detroit-105.9 KISS FM). The show officially launched on January 6.

The show is quick-paced and anchored by one of the nation’s most popular comedians. Entertaining a wide variety of listeners, the “can’t miss a minute” morning show perfectly blends music, exclusive comedy and spiritual entertainment with today’s hottest topics in news, entertainment and sports.

“We are thrilled to have Rickey Smiley join 105.9 KISS FM,” said station Program Director, John Candelaria. “I have watched Rickey ascend to National superstar over the past 20 years and we are excited to have him leading the line-up for the All New 105.9 KISS FM. Detroit is ready for a fresh new morning show!”

Smiley uses personality, humor, conviction and relevant information to deliver a high-energy morning show engaging his listening community in unexpected ways. His show has distinguished itself with its innovative mix of entertainment and an unfiltered view on contemporary black life and parenthood, focusing on family, community and mentorship.

Rickey Smiley was recognized by the National Association of Broadcasters in 2017 as the recipient of the Marconi Award for “Top National/Syndicated Talent.”