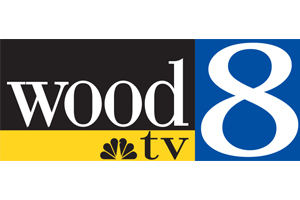 WOOD-TV (Grand Rapids) and its sister stations have announced a new anchor lineup and an added newscast in February as it expands its commitment to local news.

“It’s well-known that Susan is a poised, strong anchor and it’s only fitting to have her on our prime evening newscasts,” WOOD-TV news director Dan Boers said. “Susan and Brian have a natural chemistry and have been trusted by West Michigan viewers for more than 25 years.”

Starting this week, Lynsey Mukomel, previously an anchor on weekend Daybreak, is taking over as anchor of #the7on8, West Michigan’s only 7 p.m. newscast. She’ll be paired with meteorologist Ellen Bacca. Meteorologist Emily Schuitema will also regularly appear on the newscast. Lynsey will also report for the 10 p.m. and 11 p.m. newscasts.

“Lynsey has proven to be a very engaged anchor and has investigative depth to her reporting as displayed in her determined investigations over the years,” Boers stated.

“Tom is a versatile journalist who has taken on many roles and won viewers over in his decade on West Michigan TV,” Boers said. “He’s plugged in to what’s happening locally and has become very involved in community events.”

“Looking forward into the new decade, we are excited for the opportunity to expand the breadth and depth of our news coverage in serving the viewers of West Michigan,” WOOD-TV general manager Julie Brinks said. “These changes ensure our commitment to deliver the most credible and trusted local news content every day with the region’s most experienced team, as well as elevate the role of some of our brightest talent to grow our service to this community now and into the future. “

New 9am Saturday Newscast: Starting February 1, WOOD-TV News is adding an hour long newscast each Saturday on sister station WOTV at 9 a.m., making it the only local newscast in that time period. The newscast will be anchored by Donovan Long and meteorologist Emily Schuitema, who also anchor the weekend Daybreak newscasts on WOOD-TV.

“Donovan and Emily have brought fresh energy to our weekend mornings and the community is noticing!” Brinks said. “We are excited to expand the breadth of our news coverage with this new Saturday morning broadcast on WOTV with their leadership.”