Coral Howe and Frank Maynard will be honored March 3 at The Great Lakes Media Show during the Exhibitor Reception.

The Carl E. Lee Broadcast Engineering Excellence Awards was named after Carl E. Lee, a prominent Michigan broadcast engineer and station owner, who was known for his innovation and recognition of opportunity. Broadcast engineers work diligently to ensure the integrity of our airwaves. For those who have exercised their skills and innovations for the advancement of technology, this is our opportunity to say “you’re outstanding.” This year we’re happy to present two Carl E. Lee Broadcast Engineering Excellence Awards, one to a radio engineer and one to a television engineer. 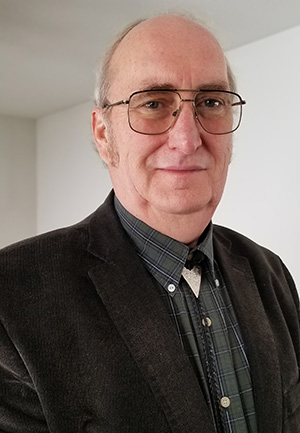 Coral Howe served his country in the U.S. Air Force for 20 years, the first six years as an Airborne Electronic Technician working on B-52 Bombers and KC-135 Tankers and the last 14 years as an air traffic controller, both in Radar Approach Control (RAPCON) and in the Control Tower. After retiring from the Air Force in 1994 Coral went to work for the U.S. Navy’s Extremely Low Frequency (ELF) Project as an Electronic Technician.

Coral’s life in broadcasting actually began about four years before his retirement from the Air Force when he called WJPD’s General Manager to complain about baseball being on the FM instead of the AM. As a result of that conversation, Clifford Groth, the corporate engineer for Geotz Broadcasting Corporation ended up hiring Coral as a part time engineer to maintain their one FM and two AM stations in Marquette and Ishpeming. By this time, Coral had forgotten most of what he thought he knew about electronics and didn’t know anything about the broadcasting business. Coral says Groth and later Del Reynolds were both very patient with him (even at 2:00 a.m.) The stations were eventually sold and then sold again to Northern Star Broadcasting. The three stations in Marquette and Ishpeming had grown to five, plus there were three more in Iron Mountain. At the end of 2004, the Navy Elf site closed, so Del Reynolds asked Coral to work full time for Northern Star Broadcasting as their Upper Peninsula engineer covering the UP from Iron Mountain to Sault Ste Marie.

In 2010, Sovereign Communications purchased all of Northern Star’s UP stations and retained Coral as their Director of Engineering. Since then he has picked up more stations to maintain in addition: Aurora Media’s Escanaba stations, Strong Tower’s UP stations, TSE Broadcasting’s WUPN in Sault Ste Marie, Two Hearted Media’s WMJT in Newberry and along with Allan Augustyn, he also maintains WNOA Catholic Radio in Marquette.

Coral is very proud of his lovely wife Brenda and what she has brought to their 46 years of marriage that has enabled Coral to be as successful as he is. They have three wonderful daughters and six outstanding grandchildren! Outside of work Coral loves to hunt, fish and shoot, especially with other peoples ammunition. All of which he has absolutely no time to do! 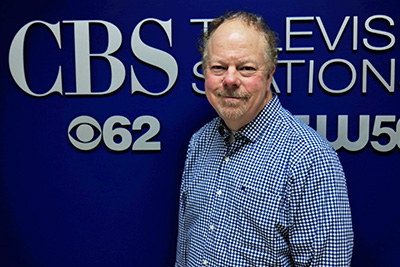 Frank Maynard is the Supervisor of Technical Operations for WKBD-TV and WWJ-TV, the ViacomCBS-owned television stations in Detroit. Frank joined WKBD in 1985 as a videotape engineer, was a technical director for the Ten O’Clock News and was the lead video design engineer on the technical team that built the new Southfield broadcast facility which was commissioned in 1998. During his tenure at the stations, Frank was responsible for major studio projects including production control room design, studio construction, newsroom automation, microwave networks, satellite systems, graphics and weather systems and integrating the master control systems to implement the first merger of CBS’ WWJ-TV and Viacom’s WKBD.

Prior to his career at WKBD, Frank was a maintenance engineer at ABC-owned WXYZ-TV. During his earlier career in radio, he was chief engineer of stations in Lansing, Michigan and New Orleans, Louisiana and ran the consulting and contract engineering firm Maynard and Associates.

A Certified Professional Broadcast Engineer, Frank has been a member of the Society of Broadcast Engineers since 1979, and was a founding co-chair of SBE Chapter 91 in Lansing. He has served as the Certification Chair for Southeast Michigan Chapter 82 since 1999. Frank is currently the Section Chair of the Detroit Section of the Society of Motion Picture and Television Engineers.

In his free time, Frank is an active amateur radio operator (NF8M) and a Unit Commissioner in the Boy Scouts of America. Frank’s wife, Lisa, is the local host of NPR’s All Things Considered on WEMU-FM (Ypsilanti). They have two sons, Benjamin and Parker.