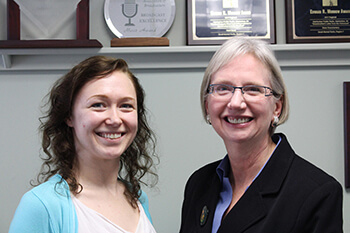 Interlochen Public Radio has announced a new eight-week series where the station sits down with residents who moved to northern Michigan from across the globe. Our Global Neighborhood takes news consumers into the lives of their neighbors who decided to reside in our part of the world after experiencing a much different life in another country.

IPR’s All Things Considered Host Kendra Carr will conduct a question and answer format interview with guests from Peru, Syria, Pakistan and more. “I’m excited to bring these important and fascinating conversations to the airwaves,” says Carr, in a story on the IPR website. “This show is a great opportunity for neighbors to discover who is a part of their community, sometimes even next door.”

Karen Segal is the show’s executive producer. In the course of running the International Affairs Forum in Traverse City for seven years, she developed a unique view of our region’s global connections.

“People are always surprised to learn how many of our neighbors have these amazing international backgrounds. We’re a stronger community because of it,” Segal says.

Our Global Neighborhood’s first segment aired this past Wednesday (2/12). Each on-air segment is accompanied by web stories on the station’s website.