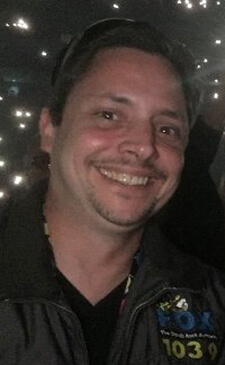 ‘Who wants seconds?’ ‘Are you gonna finish that?’ Simple questions at dinner time that we all take for granted. You may be heading back for a second helping of dinner… while so many people in our own community are desperately seeking their first helping… for the day. That’s why 103.9 The Fox and the Food Bank of Eastern Michigan teamed up once again in the fight against hunger!

The 2020 Fox Feeding Frenzy was our annual event that took place on Friday, February 28 at the broadcast studios of 103.9 The Fox in Flint. The goal was to raise $20,000 to benefit the Food Bank and it’s 415 partner agencies in 22 counties across Michigan. We set a record in 2018 by raising over $28,000. At the time we thought it was huge, and it was. However it was nothing compared to what we did this year.

Over the course of 12 hours, we smashed the previous record by more than doubling our goal. The grand total was a whopping, even startling $44,412.26! With the Food Bank’s ability to provide 6 meals for every dollar raised, 266473 meals for people in need all over not only Flint and Genesee County, but all over the state of Michigan!

In a true testament of this community coming together to help each other out, we lost a true hero to the kids of Genesee County last Weekend. Chris Hamilton, Executive Director of the Old Newsboys of Flint, came to our studio last Friday to drop off a personal check for $100. He renewed his annual status as a Hunger Hero for the Food Bank of Eastern Michigan just hours before he left us. Chris has truly set the standard of giving, generosity and selflessness for our community, and everyone at the Food Bank was touched that he was there this one last time.

The Fox Feeding Frenzy was the official kickoff for the Food Bank’s ‘March Against Hunger’ campaign which runs through the end of March. Through the efforts of the listeners of 103.9 The Fox, the Food Bank of Eastern Michigan was almost halfway to their goal of $100,000 before the month of March even began. The power of a strong community and a strong radio station is simply amazing, and why I got into this business.

A great local radio station is nothing without a strong community; it must understand and reflect the community it serves. The station can then become the voice of that community. I am overcome with awe when I hear the stories and see the donations come in each year. But when we used our voice to ask Mid-Michigan to help this time, none of us were prepared for the scope of the response.

It is truly an honor to be a part of something that takes on a life of its own like the Fox Feeding Frenzy. In a world where it seems radio is becoming more and more of the generic, syndicated, cookie-cutter sound of corporations that going bankrupt, 103.9 The Fox is proud to be different, local, and thriving in our community. We not only program great classic rock for our local audience, we have a rock-solid line up of Flint radio legends. No satellite programming, no syndication. And were not just live and local, we love Flint and Mid-Michigan! We are passionate about our community.

Have a story to share?  Send it to MAB’s Dan Kelley: dkelley@michmab.com