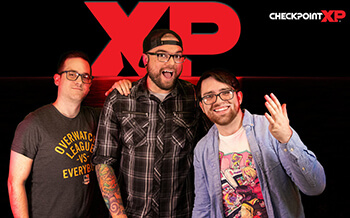 Beasley Esports, a division of Beasley Media Group, LLC has announced on March 11 that WRIF-FM (Detroit) producer James Campbell has been named the new host of the company’s nationally syndicated radio program, CheckpointXP.

The show, heard on 70 radio stations across the United States and Canada on the Sun Broadcast Group Network, is also featured on CheckpointXP.com, Apple Podcasts, Google Podcasts and Spotify. Each week, CheckpointXP will feature news that impacts gamers and fans alike, plus share various top-of mind stories from the world of esports & gaming pop culture.

Campbell, best known as the longtime producer of the popular Dave & Chuck The Freak’ morning show, currently heard in Detroit, Boston, Ft. Myers and Tampa. He will bring his fearless approach, wild opinions and passion for video gaming to his new role on the show!

An “everyday gamer” who has already created a video series, The Casual Gamer and lends his take on comic and gaming pop culture to the Nerd Radio podcast, Campbell is looking forward to taking the conversation on gaming, esports and gaming lifestyle to a national audience.

“I’m very excited to be able to use ‘video game research for work’ as an excuse to my fiancé to get out of house chores!” said Campbell.

“We are absolutely thrilled to continue the partnership with Beasley Media Group to carry CheckpointXP on the Sun Broadcast Group Network,” said Vice President of Programming & Affiliate Relations, Rich O’Brien. “The show’s new line-up, featuring James, Robbie and Ric, provides stations with an exciting and unique opportunity to reach Gen Y and Z with the very latest lifestyle news and entertainment in the growing esports space!”

Landis started playing games when he was a toddler after his grandfather introduced him to Yoshi’s Cookie Factory on the Nintendo. Since then, he’s owned every major console, invested hundreds of hours into RPGs and bought the hottest titles that come out each year.

In addition to being a part of CheckpointXP, Landis co-hosts Beasley Esports’ OWL’s Nest show with Overwatch League caster, Jake “JAKE” Lyon, where he designates a considerable amount of his time to sharing league analysis and breakdowns with listeners.

Hogerheide, aka “Weird Beard,” was destined for a life of oddities once he discovered his beard grew in three different colors. Ever since, the caster developed very passionate feelings about who the best Pokemon starter was, video games have been tied in his life! Excited for what comes next, Weird Beard is ready to bring the FUN and most up to date news and discussions to the show.

The show can be heard Thursday through Tuesday each week (based upon individual market). A complete list of CheckpointXP affiliates is available at www.checkpointxp.com/about.