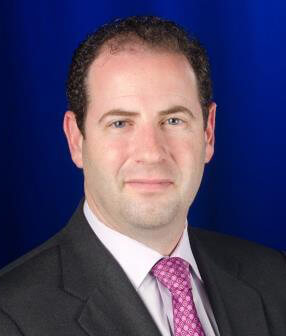 NAB and individual broadcasters continue to work on a daily basis with the FCC to try to address concerns you and other broadcasters have raised during this time of national crisis. I am pleased to report that the FCC announced two new helpful exceptions to existing policy as we all work through this unprecedented time.

First, the FCC’s Media Bureau announced extremely helpful and responsive guidance regarding the calculation of the lowest unit rate (LUR) for political advertising given the dire economic circumstances created by the coronavirus pandemic. As you know, federal law requires broadcasters to charge political candidates no more than the LUR for the same class and time of advertising offered to commercial advertisers. NAB and individual broadcasters have informed the FCC that financial difficulties arising from the coronavirus have caused many commercial advertisers to cancel their advertising commitments, and to build goodwill, broadcasters would like to offer free time to commercial clients. However, under normal circumstances, doing so could potentially dramatically lower a station’s LUR.

The Public Notice states that, given the current circumstances, the public interest would be served by allowing broadcasters to exclude such free time when calculating the LUR, provided the free time is “not associated with an existing commercial contract for paid time or otherwise considered bonus spots.” Although the Bureau does not further explain this condition, NAB understands that advertisers offered free time may include advertisers that are already running paid schedules, however, there may not be any contractual connection or quid pro quo between the free and paid schedules. The offer of free time must stand alone. NAB recommends that broadcasters keep careful documentation of the terms of their offers of free time and the schedules of free time aired, just in case they receive any inquiries or complaints from political candidates. We also suggest that broadcasters consult their own attorney before implementing this guidance.

This new guidance is only applicable “to the current period and not necessarily . . . when more ordinary conditions are restored.”

Many of you are also engaging in temporary news sharing arrangements for a variety of reasons. We noted last week that the FCC responded to NAB advocacy by clarifying that news sharing arrangements developed in the current environment do not have to be placed in a station’s public file. Today, the Commission addressed the effect of certain local marketing and shared services agreements on station attribution under the FCC’s ownership rules.

Typically, under the Commission’s rules such news programming under the terms of these agreements may not exceed 15% of the brokered station’s weekly programming hours. Thus, providing programming in excess of 15% of the brokered television station’s weekly programming hours may result in violation of the Local Television Ownership Rule. In this Public Notice, the Commission clarified that during the period that the COVID-19 outbreak remains a national emergency, individual licensees may request temporary waivers of the Local Television Ownership Rule to provide more news coverage to brokered stations than is currently provided by existing local marketing, shared services, or related agreements if such additional coverage would exceed 15% of their current weekly programming. This should remove another barrier to sharing resources and news production for stations across the country.