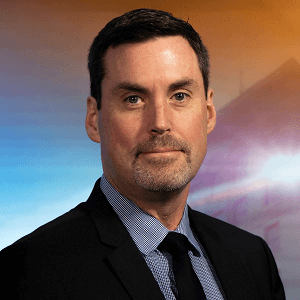 Nexstar Broadcasting has promoted WLNS-TV (Lansing) Vice-President and General Manager Scot Chastain to the same role at the company’s KXTL-TV (Sacramento, CA). Chastain has been at WLNS since late 2018.

In a press release, the company said Chastain brings more than three decades of local and network television experience to his new role at Nexstar, serving most recently as Vice President and General Manager of Nexstar’s broadcast and digital operations in Lansing, Michigan (DMA #112), where he oversaw WLNS-TV (CBS), WLAJ-TV (ABC) and ELAJ-TV (CW). Over the course of his career, Mr. Chastain has developed expertise in a variety of disciplines, including marketing, promotions, production, new business development and strategic planning across multiple media platforms.

During his tenure with Nexstar Broadcasting in Lansing, Mr. Chastain and his team consistently grew ratings, revenue, and profit by expanding local news, launching new locally produced content, and deepening relationships with the advertising and community partners of WLNS-TV, WLAJ-TV, and ELAJ-TV. He oversaw the creation and launch of “6 News Capital Rundown,” a weekly political affairs program, expanded coverage of high school and college sports, added a variety of quarterly news specials, and increased digital content on WLNS.com. Under Mr. Chastain’s leadership, WLNS-TV became the official source for weather and traffic news for Michigan State University Athletics. He was also instrumental in creating the first Mid-Michigan Auto Summit, bringing together auto manufacturers, dealers and agency partners for a day-long discussion of marketing, advertising, and sales strategies.

Before Nexstar, Mr. Chastain was based in Los Angeles and served as Owner and Principal Marketing Consultant for 630 Marketing, providing strategic marketing direction and event production consulting services for business-to-business and business-to-consumer clients in media and other industries.

Prior to that, Mr. Chastain spent over 20 years working for the NBC Television Network in Los Angeles, where he held a number of senior level positions of increasing responsibility. He served as Executive Vice President, Affiliate Marketing and Development, leading a bi-coastal staff responsible for developing and distributing all network marketing and sales marketing content across more than 240 NBC-owned and network-affiliated television stations. Earlier in his career at NBC, he served as Senior Vice President of Affiliate and Marketing Development.

Throughout his career at NBC, Mr. Chastain built a record of developing results-driven local marketing solutions while optimizing all platforms to expand audience reach and engagement for stations nationwide. He has consistently created new business opportunities by establishing new promotional and sales partnerships everywhere he has worked.

Prior to joining NBC, Mr. Chastain served in various staff and management-level roles in marketing, promotions and production at local broadcast stations including WDSU-TV (NBC) in New Orleans, LA; WXII-TV (NBC) in Winston-Salem, NC and KBTX-TV (CBS) in Bryan, TX.

“Scot is an exceptional broadcast and marketing executive with an impressive career that spans more than 30 years,” said Mr. Rosenfeld. “In Lansing, Scot led the teams at WLNS-TV and WLAJ-TV to exceed economic goals by implementing innovative television and digital marketing strategies that expanded audience reach and community engagement. We are confident that his vast broadcasting and marketing expertise on both the local broadcast and network side of the industry, combined with his strong business relationships, will enhance the leadership position of our local Sacramento operations and build upon the achievements of KTXL-TV and FOX40.com.”

Commenting on his new role, Mr. Chastain stated, “I am beyond thrilled to be leading the Nexstar team in Sacramento. Nexstar’s strong commitment to building superior local content combined with diversified marketing solutions will yield distinct competitive advantages for our viewers and clients in the greater Sacramento region. In this new role, I will leverage the business relationships, management experience and marketing expertise developed throughout my career to deliver strong results and continue extending the Fox 40 brand. I greatly look forward to returning to California and working with the group of local professionals at Fox 40 to expand our local marketing solutions across multiple platforms for our advertising partners, while growing viewership through the delivery of enhanced local news content and entertainment programming for our local audience throughout the Northern California region.”

Mr. Chastain earned his Bachelor of Science in Journalism from Texas A&M University, located in College Station, TX. He is an active participant in numerous industry-related associations such as The Michigan Association of Broadcasters and is currently Board Member of the Society of Voice Arts and Sciences.

Mr. Chastain’s community and industry service has been recognized throughout his career; he has received awards from the House of Promise, the Muscular Dystrophy Association, the Piedmont-Triad Advertising Club of North Carolina, PromaxBDA, the Texas Association of Broadcasters and United Press International.

Scot and his family will be relocating to Sacramento.  No replacement has been announced for his position in Lansing.