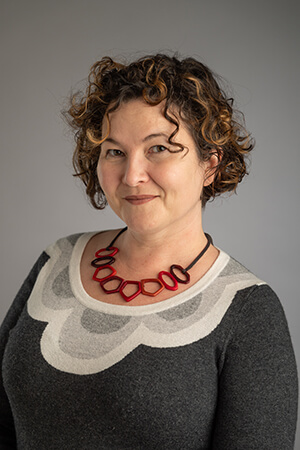 With conversations about what matters in Michigan, Stateside covers a wide range of Michigan news and policy issues—as well as culture and lifestyle stories. Guests include newsmakers, politicians, writers, artists, and cultural influencers of all stripes from all across the state.

Based in Ann Arbor, Stateside is produced by Michigan Radio and debuted in September 2012. Veteran radio broadcaster and award-winning journalist April Baer hosts the program, which she has done since January 2020.

WNMU-FM (90.1 FM), an NPR member station licensed to Northern Michigan University, beams its 100,000 watt FM signal from Marquette with additional transmitters in Manistique, Escanaba, and Stephenson. The station began airing Stateside on March 31, 2020, with the program heard weeknights at 10 p.m. and an encore broadcast at 5 a.m. the following morning.

WGGL-FM (91.1 FM), also an NPR member station, is owned and operated by Minnesota Public Radio. It serves Houghton, MI, and the surrounding region with its 100,000 watt FM signal. Stateside is airing at 8 p.m. weeknights on WGGL.

“We are excited to bring Stateside to listeners across the Upper Peninsula. For the first time, our new audiences in the U.P. will be able to hear the stories from across the state that Stateside presents each weekday,” said Stephen Schram, Executive Director & General Manager of Michigan Radio. “Anchored by our experienced and engaging journalist April Baer, Stateside helps listeners make sense of events and issues affecting their lives here in Michigan.”

In addition to the new affiliates in the Upper Peninsula Stateside serves Northern Michigan from the Traverse City region on Interlochen Public Radio’s News Radio stations, as it has since July 1, 2013. The program airs live Monday-Thursday, 3-4 p.m., on 91.5 FM, Traverse City; 90.1 FM, Harbor Springs/Petoskey; and 89.7 FM, Manistee/Ludington.

Michigan Radio is an NPR News Station, and the state’s most listened-to and awarded public radio service. Licensed to the University of Michigan, Michigan Radio broadcasts from studios located in Ann Arbor.