Editors note: Brogan & Partners is a full service marketing and advertising agency serving clients for over 30 years. They have partnered with the MAB through the MDHHS for many years. Together we have helped Michiganders attain a healthy way of life. 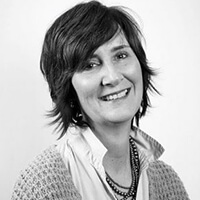 The COVID-19 pandemic has upended media predictions for 2020 and beyond. Young consumers are watching local news, older consumers are exploring TikTok and nearly every gen is streaming something. “Work from home” and “stay safe at home” rules and recommendations have scrambled media for now and the foreseeable future. The situation has brands scrambling, too. Brogan’s Media Team has been in the thick of the crisis helping clients navigate media decisions on the fly. Brogan Media Director Becky Robertson tackles some of the top pandemic-related advertising questions her team has fielded over the last couple weeks.

Should brands advertise during the pandemic?

The short answer is yes. Brands have one of the most captive audiences I’ve seen in my career. Because many brands have paused media or pushed plans into the future, there are deals to be had. So, there’s inventory and potential savings. Now, you need to be sensitive with messaging… but there’s potential for all brands. You have to read the room, use common sense and infuse a lot of empathy. Marketing well during this time is a little tricky, but the payback is considerable—awareness, consideration and trust, just to name a few potential benefits.

What happens if a brand just goes dark for awhile until this pandemic is under control?

Not advertising now is no different than not advertising in general. Advertising is critical to getting brand awareness, consideration and recognition. Consumers are busy. They’ve got lots and lots of choice. And it’s never been easier to make consumer decisions, thanks in part to the internet, mobile and touchless payment. If you don’t advertise, you risk being forgotten—or worse yet, never being thought of to begin with.

There’s a lot of research that suggests brands that advertise during a crisis come out far ahead of brands that don’t. The worst thing a brand can do is hide until this all passes. Eventually, consumers will wonder where you were when they were struggling to keep their kids busy, find toilet paper and pay the mortgage.

What changes to our media plans should we be making during the pandemic?

It really depends on the brand. Generally speaking, we’ve pushed some out-of-home advertising until people are back at work. In some cases (based on brand, consumer traffic, location and more), it may make sense to stay the course. The key element to reconsider is the creative. Take a hard look at your messaging and ask if it’s relevant right now. For the most part, we’ve shifted creative to brand image and awareness. There’s very little appetite for sales right now with the exception of necessities.

There’s been a resurgence of live TV. eMarketer predicts time spent with TV will increase by 19 minutes in 2020, to a daily average of 3:49. That’s a big uptick after several years of decline. The gains are coming largely during daytime hours when many people would normally be at work.

People are rediscovering the power of TV news. They’re hungry for content, especially related to the coronavirus. They don’t trust social and other channels as much for such critical information, so local news is getting some love—even from younger viewers who had not previously been exposed to broadcast news. ABC World News Tonight has consistently been the most watched TV show over the last seven weeks, with 12 million people watching.

In the Detroit DMA, for example, viewership is up 79% among adults 25-54. Everyone is watching, even younger demos. Among adults 18-24, we’ve seen a 10% increase in local news viewership.

Which streaming services are most popular right now?

Subscription-based streaming services like Netflix and Hulu are seeing an increase in viewers. The pandemic is expected to push daily time spent with OTT subscription video over a full hour, at 1:02, according to eMarketer. Netflix alone will account for half of the time spent streaming.

Connected TV has seen a huge spike as well, notably Amazon FireStick, Roku and Pluto TV. For the first time ever, Pluto TV and Roku are among the top 10 streaming services. What we’re seeing now are the late adopters, largely older generation viewers who had previously been reluctant to stream content. With extra time at home and an appetite for new entertainment, they’re trying new things. They may even join the cord cutting revolution when all is said and done.

Social media use has increased, over and above what had been otherwise expected. While popular, social media had started to plateau before the lockdown. Now, time spent with social overall is expected to jump 10.8% to 59 minutes in 2020, based on eMarketer studies.

Social distancing is likely prompting idle users to reengage and others to explore other channels, like TikTok. With schools and colleges shut down, students have more time to spend on apps, and short-video apps, in particular, are benefiting. A recent Kantar study found TikTok use spiked mid-March to mid-April, 33% for Gen Z respondents and 27% for Millennials.

Which other media channels have increased in popularity during the lock-down?

Podcasting has really surged across all interests. Whether it’s the freedom of working from home, distraction, entertainment or some combination thereof, more consumers are listening to podcasts. NPR is number one in this category, but we see new players all the time. It’s inexpensive and it’s a break from the screen.

Reprinted with permission.  The views and opinions of this article do not necessarily reflect those of the MAB. Contact the MAB for information on the MAB’s official editorial policy.