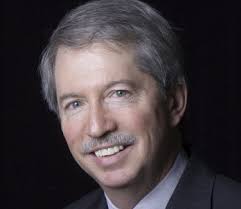 The National Association of Broadcasters (NAB) announced Tuesday (5/5) that Executive Vice President of Communications Dennis Wharton will retire July 1 after 24-years of service, making him the longest-serving spokesman in the organization’s history. The same day, it also announced the merger of the association’s Communications and Marketing Departments into a new Public Affairs Department that will be led by NAB’s Michelle Lehman.

The Public Affairs department will serve to positively position NAB and the broadcast industry through strategic communications, media and digital outreach, marketing and research to support NAB’s advocacy efforts, events and member-focused initiatives. Warton will continue to serve as a senior adviser to NAB, according to President and CEO Gordon Smith.

“Dennis is a fervent advocate for local broadcasting and his dedication to NAB and the broadcast industry cannot be overstated,” Smith said. “Journalists, broadcasters and colleagues alike value his extensive insight on industry-related issues and appreciate the enthusiasm and good humor he brings to his work. We wish Dennis all the best and are fortunate to have him stay on as an adviser to NAB.”

Wharton joined NAB in 1996 following a 16-year journalism career in Ohio. He has overseen NAB departments that include Media Relations, Research and Public Service.

In an e-mail to the NAB Board of Directors, Wharton called his retirement a “bittersweet moment” and described his tenure at NAB as “the privilege of my professional life.” Wharton wrote that he has been “in the catbird seat for countless moments in broadcast history” over 24 years, including the launch of HDTV, radio performance royalty fights, “wardrobe malfunctions,” and media consolidation battles. He said he is most proud of the unparalleled public service of local broadcast stations, which has been on prominent display during the COVID-19 crisis.

Wharton praised the NAB Board, his co-workers, local broadcasters, state broadcast association executives and reporters who covered NAB through the years. He reserved special gratitude for colleagues on the NAB Communications team, which he has overseen for more than two decades. 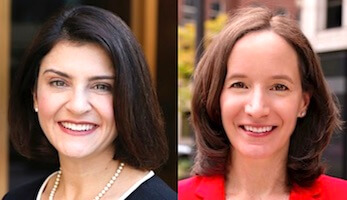 Lehman has served as executive vice president of marketing since joining NAB in 2006, working to advance the association’s brand before key audiences and implements marketing, advertising and grassroots campaigns to address specific legislative and business challenges facing the broadcast industry. She spearheads the long running “We Are Broadcasters” campaign to remind policymakers and audiences of broadcasters’ unique role in local communities and the media landscape and directs marketing campaigns to promote NAB events and activities, overseeing the association’s brand, messaging and digital strategy.

In her new role, Lehman will also be responsible for NAB’s Media Relations, Public Service and Research divisions. She began her career in Washington, D.C., on Capitol Hill serving as press secretary for former Rep. Bob Goodlatte (VA-06) and then for the U.S. Senate Homeland Security Committee, under the leadership of former Ranking Member Sen. Fred Thompson (Tenn.). She served as associate director of technology policy for a boutique public relations firm, as well as vice president of public affairs and chief spokesperson for the National Beer Wholesalers Association before joining NAB.

Jen Jose, who has been with NAB since 2007, will serve as senior vice president of Public Affairs, overseeing all messaging, digital and public service activities of the organization. She will be assisted by NAB’s vice president of digital, Gagan Nirula, another long-time association veteran, who oversees the digital and social media strategy for the association. Jose also serves as chief speechwriter for President and CEO Gordon Smith.

Shermaze Ingram, senior vice president of Marketing and Creative Services, will continue to oversee association marketing and event campaigns, as well as the creative services team. Ingram has been with the association since 2006, when she joined to serve as chief spokesperson for NAB’s digital television transition campaign.

“We have assembled a talented team of professionals to carry our NAB mission and message to the public, whether that is our membership, press or policymakers,” Smith said. “We see public affairs as critical to advancing our advocacy agenda and positioning the association and our events for success.”

About NAB
The National Association of Broadcasters is the premier advocacy association for America’s broadcasters. NAB advances radio and television interests in legislative, regulatory and public affairs. Through advocacy, education and innovation, NAB enables broadcasters to best serve their communities, strengthen their businesses and seize new opportunities in the digital age. Learn more at www.nab.org.

Posted in Legislative Update, May 2020 and tagged Issue 195
Scroll To Top