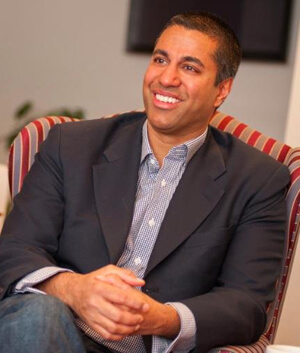 FCC Chairman Ajit Pai told a virtual NAB Show Express audience on Wednesday (5/13) that legacy public service commitment of the nation’s broadcasters is “showing up in spades” during the pandemic, according to a report in Broadcasting+Cable.

Pai said the FCC’s work increased during the COVID-19 pandemic, including administering its Keep America Connected pledge for ISPs and working with broadcasters to extend deadlines.

Smith mentioned that broadcasters had been busy, too, with coverage and charity work to which Pai responded by saying that broadcasters were showing why their one-to-many platform was so important, and the FCC should “cherish and encourage it” as much as possible.

Pai also encouraged broadcasters to reach out and let the FCC know how it can help. Smith said waiving fees during the pandemic, as some broadcasters had asked, would be welcome news.

The FCC voted Wednesday to proceed with collecting those fees, but did ask for input on how it might mitigate the impact on broadcasters already taking an economic hit from the pandemic. The FCC’s more than $300 million operational budget comes from fees on regulated entities including broadcasters.