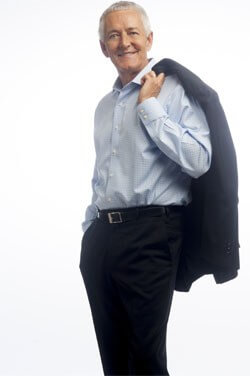 Famed sales and management trainer, business author and Upper Peninsula native Jason Jennings has passed away, according to posts made on his social media accounts. The following message appeared on his Facebook page on Wednesday (5/20):

It is with great sadness we regrettably inform everyone that our Jason Jennings has passed away of a ruptured aorta aneurysm last night at 7 PM. Jason had so much to live for and experienced such a wonderful and fulfilling life, his 9th book was scheduled to be published in 2021, he was excited about this opportunity to venture into a new topic area that was so relevant for business leaders today.

He is survived by his loving partner and close-knit family, including his 90 year old Mother, he was devoted to his siblings, nieces, nephews, close friends, business colleagues and followers. Not only was he a well-known international business speaker, NY Times bestselling author, who had visited more than 105 countries, spoke 7 languages, would hike 20 miles, worked out daily, was a gourmet cook, enjoyed playing his viola, and as a client once said… “Jason was an all-around nice guy!”

He will be missed by so many people that truly loved and adored him.

Thank you for your condolences,

Jennings grew up in Michigan’s Upper Peninsula. At 13, he landed his first job as a radio disc-jockey and eventually became a television reporter while attending Negaunee High School and Northern Michigan University, where he double majored in political science and communications. He went on to study political science at the University of Detroit.

At age 21, Jennings became the youngest radio station group-owner in the nation. Later, he founded Jennings-McGlothlin & Company, a consulting firm whose programming and sales strategies are credited with revolutionizing many parts of the broadcast\industry.