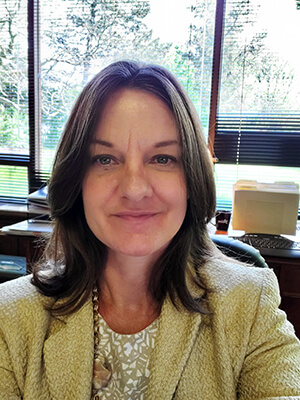 Nexstar Broadcasting, Inc. has announced that it has promoted Marci Daniels to Vice President and General Manager of its broadcast and digital operations in Lansing, overseeing WLNS-TV (CBS) and WLNS.com. In her new role, she will also oversee Nexstar’s relationship with Shield Media’s WLAJ-TV (ABC) and ELAJ-TV (CW) under a joint operating agreement. Ms. Daniels will assume her new responsibilities immediately and report to Theresa Underwood, Senior Vice President and Regional Manager for Nexstar Broadcasting.

Ms. Daniels brings nearly three decades of executive broadcast television management, sales and marketing experience to her new role at Nexstar, serving since 2015 as Vice President and General Manager of the company’s broadcast and digital operations in Elmira/Corning, NY (DMA #178), where she oversaw WETM-TV (NBC), its digital sub-channel, and its associated digital and mobile operations under MyTwinTiers.com. She takes over leadership in Lansing from Scot Chastain, who was recently promoted to Vice President and General Manager of Nexstar’s media businesses in Sacramento, CA. Over the course of her career, Ms. Daniels has demonstrated the ability to improve ratings, revenue and profitability by expanding local news content, identifying new revenue streams, and developing a variety of innovative cross-platform solutions for advertisers and marketers in Elmira and numerous other markets while expanding and deepening community relationships.

During her tenure at WETM-TV, Ms. Daniels consistently improved ratings, revenue and profitability by expanding local news, adding more locally produced programming, and developing a variety of cross platform solutions for the station’s advertisers and marketing partners. She and her team reopened a satellite news bureau in Corning, NY, extending WETM-TV’s reach into new communities in western New York. In addition to delivering consistent ratings growth across all WETM-TV’s newscasts, she expanded the news line-up by launching a one-hour weekend morning newscast, “18 News Today Weekend.” In 2018, WETM-TV became the first TV station in Elmira, NY, to be awarded a regional Edward R. Murrow award, a feat the station repeated in 2019. Under Ms. Daniels leadership, MyTwinTiers.com achieved significant gains in unique visitors and page views and exceeded core digital revenue goals every year.

Ms. Daniels’ promotion and return to Michigan mark a professional homecoming for her, as she earned an MBA from the University of Michigan in Ann Arbor and a BA from Saginaw Valley State University, and started her career in broadcast sales as an account executive for several radio stations in Flint, MI. Over the years she has held a variety of television sales positions of increasing importance, culminating in her becoming General Sales Manager at WEYI-TV (NBC) and WBSF-TV (CW) in Flint/Saginaw Bay, MI, in 2012.

“Marci’s track record of success as a veteran broadcasting and sales executive, along with her nearly 30 years of experience and deep knowledge and understanding of Central Michigan, makes her an excellent choice to lead our broadcast and digital operations in Lansing,” said Theresa Underwood, Senior Vice President and Regional Manager for Nexstar Broadcasting. “Her leadership has produced exceptional results for us at WETM-TV in Elmira. Her expertise in creating, developing, and executing exceptional local multi-platform solutions for advertising and marketing clients, as well as driving new business opportunities and forging important community partnerships, has resulted in deeper client relationships and a stronger commitment to viewers. We are very much looking forward to welcoming Marci back to the great state of Michigan as she assumes her new duties with our Lansing operations.”

Commenting on her promotion, Ms. Daniels said, “I am thrilled to be returning to Central Michigan, and I am extremely grateful for the opportunity to lead Nexstar’s broadcast and digital operations in Lansing. The strength of WLNS-TV, WLAJ-TV, ELAJ-TV and wlns.com, combined with Nexstar’s commitment to hyper-local content and the unique and customized advertising and marketing solutions we offer, creates a distinct advantage for our viewers and advertisers. I am fortunate to have worked with an exceptional staff in Elmira since joining Nexstar in 2015 and looking forward to working alongside the Lansing team in this new role.”

Ms. Daniels graduated with a degree in English and Political Science from Saginaw Valley State University and earned an MBA from The University of Michigan. She and her husband, Vern, will be immediately relocating to the Lansing area.