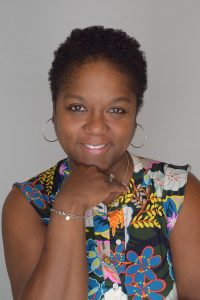 National Association of Broadcasters (NAB) President and CEO Gordon Smith announced Thursday (618) that Michelle Duke will assume the role of Chief Diversity Officer, effective July 1. In the newly created position, Duke will spearhead NAB’s internal efforts to further equity and inclusion at all levels of the organization and elevate NAB’s external role as a resource to NAB member companies in their efforts to increase and promote industry diversity.

Duke will also continue in her current role as president of the NAB Leadership Foundation (NABLF) where she focuses on delivering the Foundation’s mission of providing broadcast training programs that help recruit and strengthen the industry’s human capital, as well as initiatives in support of community service, diversity and philanthropy.

“NAB is committed to fostering a strong and diverse workforce within our organization and throughout the broadcast industry, and we couldn’t be more pleased to have Michelle lead the charge,” said Smith. “We appreciate Michelle taking on this important new role as we focus additional resources on advancing diversity and inclusion.”

Early in her career, Duke worked as a reporter for the Nashville Banner and later moved to the Newspaper Association of America, where she was director of leadership programs. She joined NAB as the director of Diversity and Development in 2005 and was promoted to vice president of Diversity in 2009. Duke became vice president of the NAB Education Foundation (renamed NABLF in 2019) in 2010 and was elevated to president in 2019, overseeing the Foundation’s day-to-day operations as well as developing and managing industry programs in diversity and leadership.

The NABLF’s renowned Broadcast Leadership Training is a 10-month, MBA-style program that teaches the fundamentals of purchasing, owning and operating radio and television stations to senior-level broadcast executives, particularly women and people of color. Scores of graduates over the past 20 years have been promoted to more prominent positions, and many have become owners of broadcast stations.

In addition, the Foundation’s annual Celebration of Service to America Awards has grown into an anticipated Washington, DC tradition that includes celebrities, members of Congress, FCC commissioners and industry leaders.

Duke was awarded the National Area Capital Alliance for Women in Media Star Award in 2009 and was inducted into the Wall of Fame for the School of Journalism in the College of Media and Entertainment at Middle Tennessee State University in 2018. She is also consistently recognized as one of Radio Ink’s Most Influential Women in Radio.