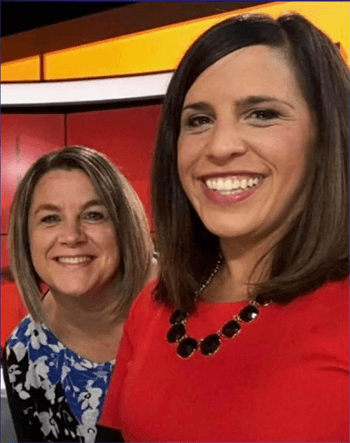 Gray Television’s WILX-TV (Lansing) has announced an October start date for a news and lifestyle show called “Studio 10″ to air weekdays at 4 p.m. on-air and on-line.

The brand-new hour-long program is currently under development and is expected to have segments focusing on local food, fitness, health, parenting, auto, travel, entertainment, local news and more.

Sarah Swistak, who currently anchors WSYM-TV’s (Fox 47) News at 6:30 p.m. and 10 p.m. on weekdays, will be producing and anchoring the show; and joining the WILX team as co-host of Studio 10 is longtime 100.7 WITL-FM (Lansing) radio personality Stephanie McCoy.

Swistak, who has anchored Fox 47 News since 2014, is an accomplished journalist with 14 years of experience reporting and anchoring news programs. She attended MSU and lives here in the Lansing area. She previously co-hosted the lifestyle show Central PA Live in State College, Pennsylvania. Her work as an anchor, reporter, and producer has been recognized with five Emmy nominations. She was named Best in Category for news reporting by the Michigan Association of Broadcasters and received the ATHENA Young Professional Leadership Award by the Lansing/East Lansing Chapter of the Links in 2016.

“This is such an exciting opportunity, and just what mid-Michigan needs,” said Swistak. “I can’t wait to get out into the community and tell the stories of the people, places and things that make mid-Michigan such a vibrant and wonderful place to work and live.”

McCoy has been with TownSquare Media’s WITL in Lansing for 22 years. She is a Michigan native who grew up in Centreville, earning a bachelor’s degree in Communications from Western Michigan University. She’s worked in several markets including Grand Rapids and Fort Wayne.

“After working in radio for three decades, I decided it was time for a new challenge! I’m so excited to be a part of Studio 10 with Sarah and the team at WILX. I’m looking forward to highlighting all the great things that mid-Michigan has to offer, while bringing more fun to local TV.”

“It will be an upbeat show with well-known talented hosts,” said WILX Vice President and General Manager Debbie Petersmark, “The team is working hard on what we believe will be a great new addition to the local TV lineup.”

The show will air live on TV, as well as livestreaming online and on the WILX apps. It will have its own unique social media presence and video library.