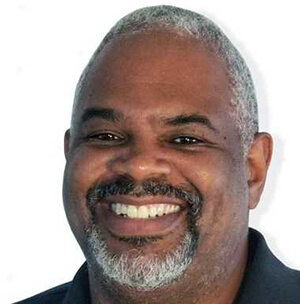 Entercom has announced on-air veteran Rico Beard will join WXYT-FM (Detroit). Beard will be heard alongside Mike Valenti on “The Mike Valenti Show with Rico,” weekdays from 2:00 p.m. to 6:00 p.m., beginning August 3.

“Rico’s immeasurable experience covering all avenues of the Detroit sports scene has granted him a front row ticket to some of the biggest stages in sports,” said Debbie Kenyon, Senior Vice President and Market Manager, Entercom Detroit. “Rico has been on our wish list of talent to join our team for quite some time and we look forward to him joining Mike Valenti in offering a dynamic afternoon show for our listeners. We thank Mike Sullivan for his contributions to the team and wish him all the best in his new endeavor.”

“I am extremely blessed and honored in becoming a host on ‘The Mike Valenti Show’ on 97.1 The Ticket,” said Beard. “I was flattered when Mike Valenti himself asked me to join his show. My job will be to bring in a new voice and opinions to a show that is already one of the best shows not only in Detroit but in the sports talk radio industry throughout the U.S.”

“I’ve wanted to work with Rico for several years now and it is simply fantastic the occasion has arrived,” said Valenti. “Adding Rico to our show represents a massive opportunity to not only stay at No. 1 but to evolve and become even stronger. I’m really proud of the show we created. Sullivan means a lot to this show, to the station and to me personally. I’m excited about his new opportunity and wish him all the success in the world.”

Beard is a Detroit native with over two decades of experience covering local professional and collegiate sports. Prior to joining Entercom, he served as a host of The Spartan Beat podcast as well as a co-host of “The Ryan and Rico Show” for Detroit Sports 105.1. He has also held on-air roles for local television stations, including FOX affiliates WJBK-TV in Detroit and WSYM-TV in Lansing. Throughout his career, he has covered nine Final Fours, three Stanley Cups, two NBA Finals, five college football bowl games and two World Series. Rico is a Michigan State University alumnus, Heisman Trophy voter and has also served as a college professor and instructor.

Mike Sullivan has been a producer and on-air contributor for “The Mike Valenti” show since 2014. His last day at the station will be July 31.