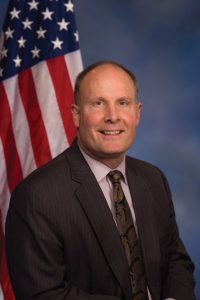 MAB members launched a letter writing campaign earlier this year to inform the our Congressional delegation about the devastating effects a performance royalty would be to local broadcasters.

They explained how broadcasters remain on duty serving their community long after other media have given up. They spoke about the value of the lifesaving public safety information broadcasters provide in times of emergencies and how it cost stations significantly to serve as trusted leaders in their community.

Thank you Congressman Moolenaar for your support for local broadcasting and thank you to all MAB members from the his distract who took the time to contact him to share how a performance royalty would negatively impact their abilities to serve their local communities.

Moolenaar’s signature means only three more signatures to reach a majority and prove there would not be enough votes in Congress to pass a performance royalty bill.