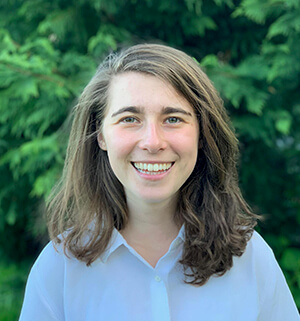 Interlochen Public Radio (IPR) has announced that Lexi Krupp has been hired as the station’s new science and conservation reporter. Krupp comes to IPR from Gimlet Media, where she helped the “Science Vs” podcast team distinguish what’s fact from what’s not, and has written for a range of publications including Audubon and Vice.

She will lead IPR’s efforts to deepen the public’s understanding of the natural world, covering the land, water, forests, climate, wildlife and farms in upper Michigan.

With a background in education, Krupp brings a mix of curiosity and desire to explain how things work, which is exactly what the public radio audience craves.

IPR’s executive director Peter Payette said he saw she was a good fit on the first day when she pitched a story explaining how the thermocline in Lake Michigan is impaired by record heat and preventing the lake from cooling itself.

“Natural resources are precious to people who live here and IPR wants to create original reporting that helps people understand and appreciate all we have,” he said.

Krupp worked in outdoor education along the coast of Maine and in the woods of northern Wisconsin before she left a career in teaching to pursue journalism, earning a master’s degree from New York University’s Science, Health, and Environmental Reporting Program. Most recently, she worked as a freelance journalist covering the pandemic.

“I am thrilled to be joining the rock-star team at IPR to report on under-covered environmental stories in upper Michigan,” she said.

This work is generously funded with support from The Brookby Foundation, the Mariel Foundation and individual donors of Interlochen Public Radio.