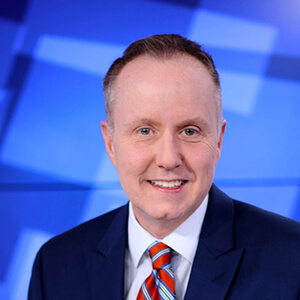 After 30 years as a Meteorologist at WILX-TV (Lansing), Darrin Rockcole has retired. His last day was July 30.

“It was a good run to make it 30 years at a small market TV station,” Darrin said to viewers. “Thirty years is a long time to get up in the middle of the night and head into work. I just want you to know I loved my job and did it for you.”

Posting on the station’s website, WILX General Manager Debbie Petersmark said she is disappointed but understands if it’s something Darrin feels he needs to do at this time.

“I was surprised as anyone with his decision, but I respect his personal reasons,” she said.

Petersmark also commented that she, like many of our viewers spent much of her life waking up and watching his weathercasts and she knows he will be missed.

“What I’m going to miss most about Darrin is his dry sense of humor, and his ability to make work a fun place to be. He will go down in Mid-Michigan broadcasting history as a true icon,” said WILX anchor David Andrews.

Rockcole wrote in his Facebook post that his plan was “to stay a few years and move on like so many others in my profession do” when the station brought him on, but he ended up staying after the area became a special place where many treated him like family.