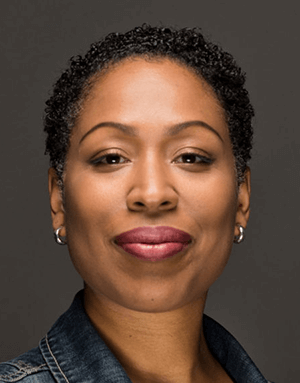 In conjunction with NPR 1A host Jenn White’s appearance as a one-day “takeover” host of  the station’s Stateside program this past Tuesday, Stateside interviewed White to talk about about her career and public radio.  White is a veteran of Michigan Radio and was longtime local host of  All Things Considered before leaving for Chicago’s WBEZ-FM in 2016. She also served as station manager of WFUM-TV in Flint, the University of Michigan’s TV station, before it was sold to CMU.

How public radio has changed – and stayed the same

White has worked in public radio for over 20 years now. While some things about the business have remained consistent over time, the growth of new technology has affected the industry, she said.

“I think the people who listen to public radio still want to hear their communities reflected in the stories we tell – and not just the stories of trauma and pain, but also the stories of beauty and growth and possibility,” White said. “What I think is different is that it does feel like we’re in a bit more of a pressure cooker nowadays. And because there is this avalanche of information through social media, there’s at once a desire to be in front of the news, but we also have to be really careful that being in front of the news doesn’t mean we’re doing that at the expense of getting the story right.”

“None of these conversations are new”

White said it’s still too early to tell whether the actions news organizations are currently taking to address inequities in the workplace will result in substantial change. But she’s heard these discussions many times before – at WAMU, at WBEZ, and at Michigan Radio.

“My hope is that this will be a moment when we all, our entire profession, feels galvanized to pay close attention to who we’re bringing into our organizations, why we’re bringing them in. Is it just because we want them to tell stories about race and gender and LGBTQI issues, or is it because we value their voices and the perspectives they bring? And then how do we create an environment where they stay?” White said. “It’s not just about bringing people into the door–it’s about keeping them in the house.”

Bringing the Midwest into the national discussion

White brings a Midwestern perspective to East Coast-based 1A. She said the national news tends to focus on the East or West coasts and doesn’t always give Midwestern stories the in-depth coverage they need. This lack of discussion can have severe consequences – the Flint water crisis, White said, might illustrate this.

“Here you have a community that has been so deeply damaged by a failure of government,” she said. “In a city that a lot of people weren’t even talking about before the water crisis, but that was dealing with disinvestment, that was dealing with issues of race. Had we been having some of the conversations about what was happening in Flint before the water crisis, would we have had a water crisis? We can’t pretend as if what happened in Flint isn’t playing out in other places across the Midwest. Sometimes it’s about environmental racism, sometimes it’s about a gap in health outcomes, and all of it has been heightened by the pandemic we’re currently experiencing. But we should have been having those conversations earlier.”

Listen to the complete audio interview with Jenn White here.