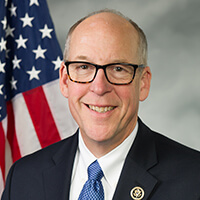 A federal appeals court stuck down an FCC radio incubator program before it even began last year. That effort has found new hope in Congress, where U.S. Rep. Greg Walden (R-Ore.) has introduced a bill that would not only revive an incubator for radio but include television too.

“As a former radio station owner in rural Oregon, I know well that our local broadcasters are often Americans’ primary source of local news, particularly in rural areas. I understand the importance of ensuring broadcast owners and their content reflect the communities they serve,” Walden said in a report in InsideRadio. “We must ensure our local broadcast media stations can continue to compete in today’s media marketplace and attract future generations to the industry to continue to provide local and diverse information across communities.”

Walden is the ranking member of the House Energy & Commerce Committee. His proposed Broadcast Diversity in Leadership Act (H.R. 8154) would put into federal law an incubator program led by the FCC that would allow existing broadcasters to form two-year partnerships with emerging broadcasters to help the newcomers with issues such as sharing information and mentoring, as well as using their relationships to help the new operator gain access to financial resources needed to run a company.

While the bill makes no references to race or gender, saying the incubated operator would only need to demonstrate that without the program they would not be able to be a radio or TV station owner, Walden and supporters say the net effect will be to promote diversity in broadcast ownership.

Both the National Association of Black Owned Broadcasters (NABOB) and the Multicultural Media, Telecom and Internet Council (MMTC), the two organizations whose 2018 lawsuit led an appeals court to block implementation of the FCC’s program, have voiced their support of the proposed Broadcast Diversity in Leadership Act.

The National Association of Broadcasters (NAB) is also behind the effort, saying an incubator program would help aspiring broadcasters realize their dream of owning a radio or TV station.

With no companion bill in the Senate, Walden’s Broadcast Diversity in Leadership Act. faces a steep uphill climb to become law. Meanwhile the FCC still has hopes in an appeal to the Supreme Court.

he FCC and NAB in April asked the Supreme Court to overturn the Third Circuit Court of Appeals’  2-1 November decision that vacated the FCC’s order that created a radio incubator program as well as revised several media ownership rules, including the decision to abolish the newspaper-broadcast and radio-television cross-ownership rules and update rules regarding radio ownership in embedded markets.They have spent the past several months making their case for why the lower court overstepped its authority.

The Supreme Court typically announces in September which cases will be on its calendar when the new term begins. If the Supreme Court agrees to hear the case, a ruling is unlikely until 2021. In the meantime the FCC’s quadrennial review of media rules is effectively on hold and no incubator program will exist.