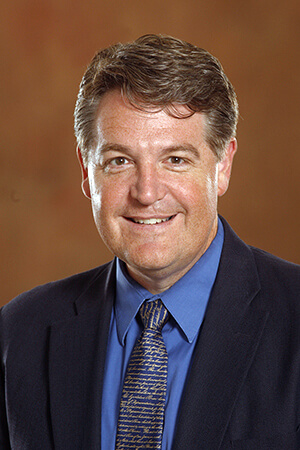 WCMU Public Media, central and northern Michigan’s leading PBS and NPR station, announced Tuesday (9/8) that Jim Rademaker has been named as General Manager. Rademaker transitions into the role after being the station’s Interim General Manager for more than a year.

“I’m excited to be a part of and lead the WCMU team,” Rademaker said. “There is so much energy here aimed at transforming what public TV and radio have been, into something that will be able to make an even more significant impact on the community.”

“Congratulations to Jim Rademaker as he sheds ‘Interim’ from his role as General Manager for WCMU Public Media,” said Director of Radio Rick Westover. “He’s always had our listeners and viewers in mind as we plan for the future. We’re looking at long-term goals now and how best to support the communities we serve. This marks an exciting stage of growth and renewal for WCMU.”

Rademaker’s love for PBS and NPR have been decades in the making. He considers himself a “PBS Kid” and has fond memories of watching “Mr. Roger’s Neighborhood” and “Sesame Street” as a child growing up.

Rademaker graduated with a bachelor’s degree in political science from Western Washington University and received his Master of Business Administration from Grand Valley State University. Before he became a staff member at WCMU, Rademaker worked at the Grand Rapids-based public media station, WGVU, for 15 years.