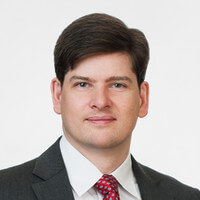 The White House announced Tuesday (9/15), that President Trump intends to nominate longtime telecom lawyer Nathan A. Simington, who is currently senior advisor in the National Telecommunications and Information Administration (NTIA) specializing in network and telecommunications policy, to the Federal Communications Commission.

He is being picked to replace current Commissioner Mike O’Rielly, who’s nomination for a third term was recently withdrawn by Trump.

Simington played a significant role in drafting a petition required under the Trump administration’s social media executive order issued over the summer. The order instructs the FCC, after receiving NTIA’s petition, to reinterpret Section 230 of the Communications Decency Act.

Among his many responsibilities across the telecommunications industry, he works on 5G security and secure supply chains, the American Broadband Initiative, and is NTIA’s representative to the Government Advisory Committee of the Internet Corporation for Assigned Names and Numbers, according to the White House announcement.

Prior to his appointment at NTIA, imington was Senior Counsel to Brightstar Corporation, a leading international company in the wireless industry. In this role, he negotiated deals with companies across the spectrum of the telecommunications and internet industry, including most of the world’s leading wireless carriers. As the head lawyer on the advanced mobility products team, he spearheaded numerous international transactions in the devices, towers and services fields and forged strong relationships with leading telecom equipment manufacturers. Prior to his career with Brightstar, Simington was an attorney in private practice with prominent national and international law firms.

Simington was also a Presser Fellow in Bucharest in 2005. He earned his J.D. from the University of Michigan Law School, two Masters Degrees from the University of Rochester, and his Bachelor’s Degree from Lawrence University. Originally from Saskatoon, Canada, he became an American citizen in 2017. He currently lives with his wife and three children in McLean, Va..