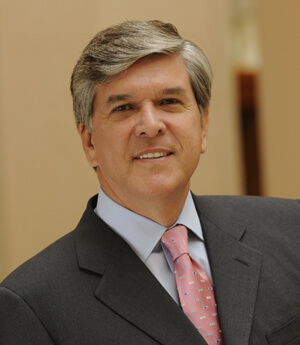 Two hundred and thirty-one years ago this week, Congress passed a collection of amendments to the U.S. Constitution, ten of which would become the Bill of Rights. Foremost in the Bill of Rights is the First Amendment, which allows Americans to worship how they please, speak their minds openly and have their voices heard by their government.

Our Founding Fathers, in their infinite wisdom, also included in the First Amendment the right to a free press. They understood that our democracy could not survive without the freedom to report the news without fear or favor. The times may have changed; that principle has not.

The work of our most-trusted sources of news — our local radio and TV stations, broadcast network partners and community and national newspapers — during the most important events of the past six months have shown how essential a free press is to keeping people informed. Yet, these historic times have also laid bare the existential threats facing journalism brought on by economic, cultural and political factors.

During the COVID-19 pandemic, media outlets have been providing a comprehensive picture of how the virus has affected us all. They have expanded newscasts and aired special reports, hosted virtual townhalls with public health experts and brought audiences into hospital rooms to show the devastating toll of coronavirus. Journalists have dug deep into medical research to shine a light on the short- and long-term effects of COVID-19. Some have documented their own struggles after contracting the virus, while others have volunteered in vaccine trials. And, as the pandemic continues impacting all aspects of everyday life, local media outlets have explored the financial, psychological and societal toll coronavirus has taken on our communities.

Yet, even as media outlets cover the pandemic, they have faced historic advertising losses as businesses large and small cut ad budgets to save expenses during these difficult times. As a result, broadcast stations and newspapers have seen the financial underpinnings of their investment in journalism drop out. Unfortunately, some have had to shutter for good. Others are struggling to survive and recover, even as they revamp operations to create safe, socially distant workplaces. We should be reminded that good journalism takes investment, and that amidst a pandemic this investment is more challenging and more important than ever.

Journalists are also playing a unique role during the ongoing protests and civil unrest stemming from issues of racial injustice. They provide a platform for protesters to voice their grievances and shine a light on the challenges facing our nation. They bear witness to interactions between police and demonstrators to hold local officials and citizens accountable. They provide images, words and context for those at home, helping them connect to, learn and understand what is happening in the world.

Alarmingly, journalists covering these demonstrations have been targets of violence and harassment. Journalists have been pepper sprayed, tear gassed, arrested and shot with projectiles, even after identifying themselves as members of the media. They have been assaulted, had equipment destroyed or stolen, and their headquarters vandalized. This is unacceptable. It is incumbent on law enforcement and protesters to respect journalists who are doing the difficult jobs we need them to do.

Millions of voters are also turning to newspapers and broadcast outlets to help make informed choices at the polls during federal, state and local elections in 2020. Since the founding of our nation, America’s free press has been entrusted with the awesome responsibility of educating voters, examining the issues, promoting civil debate and holding our public officials accountable. That is a tradition that is alive and well today.

From my time in elected office, including 12 years as a U.S. senator from Oregon, I understand the desire of politicians to push back when frustrated by unfavorable news coverage. Indeed, criticism of the press is warranted and something we should expect of all our democratic institutions. But we should all be mindful of the difference between an adversarial relationship between elected officials and the media that is a sign of a healthy democracy and overheated rhetoric that jeopardizes journalists’ ability to legally and safely report the news.

When our Founding Fathers passed the First Amendment, they likely could not envision a year as challenging as 2020. Still, by enshrining the right to a free press in the bedrock of our nation, they showed their faith that journalism was necessary to our democracy’s survival even in the toughest of times. That is worth celebrating.

Gordon Smith has been president and CEO of the National Association of Broadcasters since 2009. He is a former two-term Republican U.S. senator from Oregon.