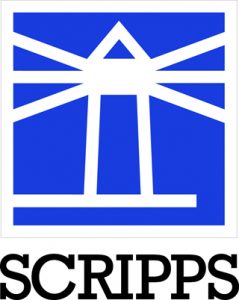 On September 24, The E.W. Scripps Company announced the purchase of national broadcast network ION Media for $2.65 billion, combining the business with Scripps’ Katz networks and Newsy to create a full-scale national television networks business. ION reaches more than 100 million homes through over-the-air and pay TV platforms and has consistently achieved annual revenue growth and EBITDA margins well beyond industry averages. In addition, this highly accretive acquisition will yield $500 million in synergies, most of which are contractually based, over the next six years.

Berkshire Hathaway will make a $600 million preferred equity investment in Scripps to finance the transaction. Berkshire Hathaway also will receive a warrant to purchase up to 23.1 million Class A shares, at an exercise price of $13 per share.

ION Media, based in West Palm Beach, Florida, operates a national television network featuring popular crime and justice procedural programming. It is being purchased from an entity controlled by Black Diamond Capital Management. The network boasts the fifth-largest average primetime audience among all cable-carried networks. ION generates its revenue by selling advertising in the national marketplace. Combining ION with Katz and Newsy, which also primarily earn revenue from national advertising, will increase Scripps’ reach into this durable ad market as it offers advertisers a larger platform on which to reach their audiences.

The combination of ION, Katz and Newsy is expected to produce run-rate synergies that reach as much as $120 million a year, a majority of which will be carriage fee savings associated with the Katz networks. Katz today pays leasing fees to other broadcasters for multicast distribution. As Katz’s current distribution contracts expire, its programming will be migrated to ION stations’ digital subchannels. ION programming will remain on the primary channel.

“This evolution of Scripps’ national television networks business, through the combination of ION, the Katz networks and Newsy, repositions the company in the television landscape,” said Scripps President and CEO Adam Symson. “With its strong revenue growth, high margins and significant cash flow, ION will make Scripps a more powerful and durable media business with significant near-term benefit as well as long-term value. ION Media is a distribution double threat – carried on cable and satellite through must carry while also capitalizing on cord-cutting and the growth of free over-the-air broadcasting. This transaction is another in a long list of Scripps’ transformative moves to where we see opportunity for growth and to benefit from the evolving media landscape.

“For more than 70 years, Scripps has been dedicated to local broadcasting and the markets we serve with an unparalleled commitment to quality objective journalism, community service and stewardship of the public’s airwaves,” said Symson. “Now, with this national broadcasting acquisition, Scripps will be the largest holder of broadcast spectrum, poised to take an even greater leadership role in the development of future business models that leverage ATSC 3.0 and spectrum to benefit the American people.”

Ted Weschler, the Berkshire Hathaway officer responsible for the investment, said Scripps’ history of value creation drove their interest in the transaction.

“As the media industry continues its rapid evolution, Berkshire Hathaway is fortunate to partner with this management team and the Scripps family, who have successfully anticipated the future of media for over a century,” Weschler said.

ION Media and the five Katz networks operate in the over-the-air (OTA) television marketplace, which saw 67% growth, to 25% of all TV households, from 2018 to Q3 2019 (Parks Associates research, March 26, 2020), as consumers opted to supplement their digital television services with free over-the-air, linear broadcast television and its quality programming to create a new consumer bundle. Because of the pandemic, OTA viewership growth is expected to accelerate, according to Parks. Both ION and Katz also participate in the national advertising marketplace, which has fared relatively well during this year’s economic crisis.

Knutson, who also leads Scripps’ strategic planning and will lead the integration of ION, said the addition of ION is a key milestone in Scripps’ continuing evolution as it anticipates consumers’ changing media habits.

“We have created tremendous shareholder value while managing debt through asset sales and high-cash-flow revenue streams such as retransmission fees and political advertising, working all the while to maintain a flexible balance sheet in order to capitalize on our next opportunity,” Knutson said. “Now we are building an even stronger financial foundation that will allow us to act as leaders in the future of the television industry while we serve our audiences and consumers in effective and efficient new ways.”