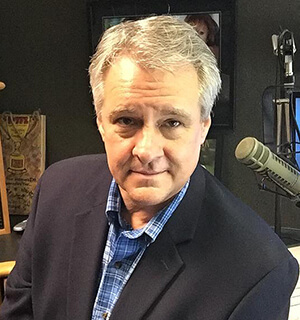 WITL-FM (Lansing) Afternoon Personality/Program Director Chris Tyler has announced that he is leaving the station after 23 years.

In “An Open Letter to the Wittle Family” posted online, Tyler wrote that “It’s been a good, long ride. But even all good, long rides have to end. For me that will be this Friday (9/25) at 7 p.m. It is then I will be leaving WITL.”

Tyler thanked his coworkers he’s had over the years, including the late Jay J. McCrae and Jordan Lee, Banana Don Jefferson and his wife of 22-years Stephanie McCoy.

McCoy was morning show co-host on the station with Jefferson until leaving this summer to co-host a new program on WILX-TV.

He added, “along with radio I have had many other interests over the years and I will be exiting WITL on Friday in pursuit of those and other ventures that I’m extremely excited about.”

In addition to his WITL duties, Tyler has also been Operations Manager of the entire cluster of stations at Townsquare Media/Lansing.