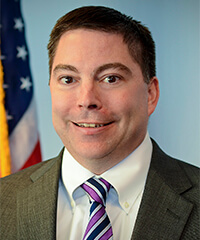 Outgoing FCC Commissioner Michael O’Rielly has made a final push for more broadcast deregulation as he prepares to exit the regulatory organization.

In a September 25 blog post, O’Rielly, whose re-nomination was recently withdrawn by President Donald Trump after he criticized a social media regulatory effort  backed by the White House.

He praised FCC chairman Ajit Pai’s media modernization program efforts to date, which he said had allowed “real” burdens imposed on broadcasters to be lifted so they could better serve their viewers and the public interest, according to a report by Broadcasting+Cable.

But he said much work remains to be done. He offered up some things the FCC could do quickly to “improve the plight of struggling broadcasters,” adding: “As many broadcasters seek to rebound from the double-whammy of COVID-19 and asymmetric competition from unregulated internet-based providers, these reforms are more critical than ever.”

Among the regulatory topics covered by O’Rielly in his post were “Ending Freeze on License Modifications,” “Updating Failing Station Criteria,” “Low Power Station Relocations” and “VHF to UHF & Communities of License Changes.”

“Harmonizing our broadcast regulations with market realities is a Commission obligation,” he concluded. “While holistic change is unlikely in the near-term, the changes I’m proposing today could be pursued within the bounds of our current rules while significantly improving the overall regulatory regime.”