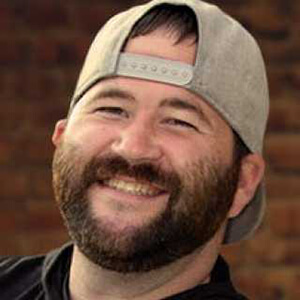 Entercom has announced that Josh Holleman has been added as morning co-host for WYCD-FM (Detroit). He’ll join co-hosts Rachael Hunter and Steve Grunwald as part of “Josh, Rachael and Grunwald in the Morning,” weekdays from 5-10am ET, effective immediately. Holleman’s previously serving as an air personality for sister station WDZH-FM from 2015 to 2016. He most recently hosted afternoons for WIL-FM in St. Louis since 2016. Holleman started his broadcasting career in 2007 for WWBN in Flint, MI.

“As the home of Detroit’s best country, we look forward to integrating Josh’s fun and energetic style into our award-winning morning show alongside Rachael and Steve,” said Entercom Detroit Senior VP and Market Manager Debbie Kenyon. “His impressive knowledge of the country music landscape and familiarity with our city as a native Detroiter will add a unique layer to our morning programming and help deliver a fresh, dynamic listening experience for our listeners to kick off their days.”

“Doing mornings in Detroit is an absolute dream of mine,” added Holleman. “Imagine my excitement when I got the call to work with an already established, award-winning team in the Motor City on the legendary WYCD. I want to thank Tim Roberts [Regional Vice President and Country Format Captain, Entercom; Brand Manager, 99.5 WYCD] and Debbie Kenyon for making it all possible. Country music is a part of the fabric of Detroit, and I couldn’t be happier to be back.”

Across the hall at WXYT-FM, the company announced the addition of former Detroit Lions player Jon Jansen as morning show co-host. Jansen joins co-hosts Mike Stone and Heather Parks as part of “Stoney and Jansen,” weekdays from 6:00 a.m. to 10:00 a.m.

“As Detroit’s No. 1 sports talk station, we are excited to add Jon’s vast NFL knowledge to our incredible team,” said Debbie Kenyon, Senior Vice President and Market Manager, Entercom Detroit. “A native Detroiter who played for the University of Michigan and the Lions, Jon has distinct passion for the city’s football scene. Detroiters are really going to enjoy the chemistry that Jon has with Stoney as they tackle the biggest storylines in the Motor City and beyond.”

“Michigan has always been my home,” said Jansen. “I grew up a Detroit sports fan and lived my dream of playing football for the Wolverines and Lions. Now, I’m excited to join the team at 97.1 The Ticket and be a part of the conversation.”