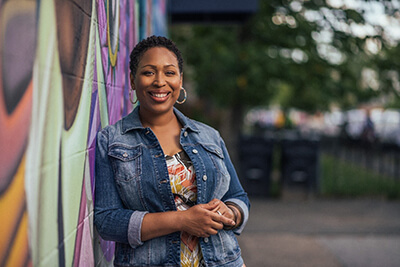 WDET-FM (Detroit) has announced changes to their schedule.  The popular show On Point, produced by WBUR in Boston and broadcast every weekday on WDET and NPR stations nationwide — will now air from 10 to 11 a.m. After internal and external review with staff and listeners, WDET decided to add the show 1A to immediately follow, from 11 a.m. to noon weekdays to fill the open time vacated by On Point.

With a name inspired by the First Amendment, 1A explores important issues such as policy, politics, technology, and what connects us across the fissures that divide the country. The program also delves into pop culture, sports and humor. 1A’s goal is to act as a national mirror — taking time to help America look at itself and to ask what it wants to be.

“While it was unfortunate to hear that the very popular On Point was moving to a one-hour program,” stated Mary Zatina, General Manager for WDET, “the need for change allows us the very exciting opportunity to add 1A to our program schedule and welcome home a born and raised Detroiter, Jenn White as the host. I am confident our audience will find 1A and Jenn a great addition to the WDET family.”

White has deep roots in Detroit, born and raised on the city’s west side. She attended Cass Tech High School and graduated from the University of Michigan. White brings her previous experience as host of WBEZ-FM in Chicago’s Reset with Jenn White to the job. She also led two popular podcasts for Chicago’s public radio station, Making Oprah and Making Obama.

1A debuted on 169 stations in January 2017 as successor of WAMU’s Diane Rehm Show. It airs on more than 375 stations with 4 million weekly listeners to the broadcast and on on-demand platforms. 1A is produced at WAMU-FM in Washington D.C.