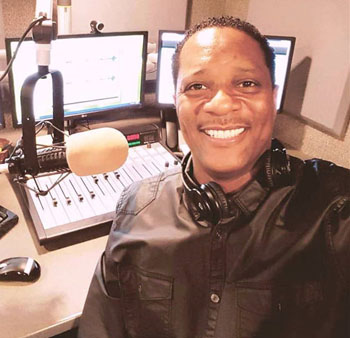 Beasley Media Group announced that Zannie Glover has been named Program Director of WMGC-FM (105.1 the BOUNCE) and WDMK-FM (105.9 KISS-FM) in the Motor City. He will officially begin his new position on December 1.

“I’m thrilled to be selected by Beasley Media Group to lead these iconic stations,” said Glover. “I can’t wait to join the team in one of America’s most storied music cities, Detroit. I gotta send a huge shout out to Scott Jameson for believing in me. Also, many thanks to Mac Edwards, Justin Chase and Dom Theodore for their trust in me and for making this happen. Welcome to Detroit!”

“It is such a pleasure to welcome Zannie to Beasley,” said Beasley Media Group Chief Content Officer Justin Chase. “His Midwest radio experience and successful track record, combined with his infectious positive energy, will make him a great fit for our amazing Detroit stations. We are looking forward to great things at WDMK and WMGC!”

“Zannie connected with our team and immersed himself in the city the moment he arrived,” said Beasley Media Group Detroit Vice President and Market Manager Mac Edwards. “I’m confident his solid programming background and history of deep community involvement will form a solid bond with the audiences of 105.1 the BOUNCE and 105.9 KISS-FM. We can’t wait for him to hit the ground running. It’s Zannie time in Detroit!”

“I had the opportunity to work alongside Zannie in Minneapolis,” said Beasley Media Group Detroit Director of Programming, Scott Jameson. “He’s an energetic, bright programmer who really understands the importance of both content and show business. We’re truly excited having Zannie join our Beasley Media team here in Detroit.”