The MAB Young Professional Awards recognize and honor two young professionals (one in Radio, one in Television) who have made a significant impact on advancing broadcasting or media within their organization, demonstrated exceptional leadership potential, and established an understanding of broadcast industry standards, practices and ethics.

The nomination submission must contain:

The MAB Staff will send each nomination package to a designated panel of judges(MAB Awards Committee members) for evaluation. If a nominee is not selected, he or she may be re-nominated in subsequent years (a new nomination package must be submitted). 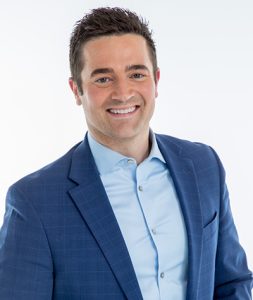 Casey Jones was an intern at WOOD-TV while attending Grand Valley State University. After graduating, he was a GA reporter and fill-in Anchor in South Bend, and then joined the WOOD-TV team as a sports anchor and reporter in 2012. He has earned a reputation as an outstanding communicator and storyteller, and an excellent station representative with a heart for the community. In 2015, he was given the opportunity to become the main co-anchor for the #1 morning newscast in the Grand Rapids DMA, where he furthered his journalistic impact by developing a series entitled “On Your Corner” that took viewers to places in our region to present untold stories around their diversity and unique contributions. He was also a key driver behind our “Friday Morning Football Frenzy Tailgate” project, taking our morning show to local high schools weekly during the fall since 2017. In the summer of 2021, Casey was promoted to the position of Community Affairs Director, leaving behind the anchor desk (but not the storytelling!) and joining the department head team of the station in his first management role. 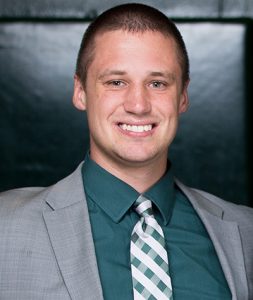 Dalton Shetler is wrapping up his sixth season with the Spartan Media Network, serving as a broadcaster and producer.  Duties include pregame and halftime host for Michigan State Basketball Radio Broadcasts, co-host of “The Kick-Off Show” as a part of the network’s MSU Football presentation, and play-by-play for Michigan State Softball. Shetler also co-hosts and produces “The Sports Life” on SIRIUSXM.  Dalton has filled-in providing play-by-play for MSU Basketball and hosted both the Mel Tucker Show and Tom Izzo Show. Shetler’s experience also includes play-by-play of the 2022 MHSAA Softball Finals. Dalton PA announces for MSU Volleyball and Baseball, which also included this past year’s Big Ten Softball Tournament. Hosted and produced “The Morning Show” heard daily on WVFN-AM Lansing, MI for more than three years.  Shetler graduated and played basketball for Goshen College. 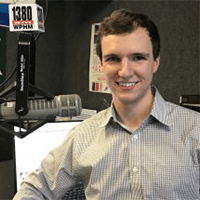 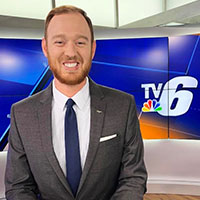 She heads the news department in Kalamazoo and communicates with all other Michigan Midwest Communications stations to gather stories, share content, and inform listeners throughout the state. She also runs WKZO’s Facebook and Twitter pages and keeps their website updated with the latest news, which has helped the station’s online presence really grow. For example, in April of 2020 WKZO’s website page views were up nearly 203% from the year before.

In Jeana’s first two years at WKZO she won eight Best “Broadcast Excellence Awards” from the Michigan Association of Broadcasters and two Merit awards, helping WKZO earn the title of Station of the Year in 2019.

Jeana is a hard-worker, a team player, and passionate about the news she provides to the Kalamazoo community. Her broadcasting career began at Grand Valley State University where she earned a Bachelor of Arts in Broadcasting and worked at GVSU’s student-run radio station, while also interning at Newsradio WOOD 1300AM and 106.9FM in Grand Rapids. She was then hired as a producer, afternoon news anchor, and fill-in traffic reporter at WOOD once her internship was over.

Now, in the very little free time Jeana has when not covering news she enjoys teaching Zumba at a local fitness center in Kalamazoo, doing yoga, running, and of course napping. Jeana strives to live by Mahatma Gandhi’s quote, “Be the change that you wish to see in the world” in hopes of informing listeners and striking up positive change in the community.

Born and raised in Cadillac, Karie graduated from Cadillac Senior High School in June 2007. While in high school, she also attended the Cadillac Institute of Cosmetology through the school’s career tech program, and was enrolled in courses at Baker College.

Karie graduated from the Cadillac Institute of Cosmetology a few weeks after high school, and earned her state license in cosmetology that fall. She worked as a cosmetologist to earn money for college, and continued taking courses at Baker College part-time for a few years before transferring to Central Michigan University in the fall of 2011, where she double majored in journalism with a concentration in public relations and English.

After receiving her degree, Karie accepted a job as the communications coordinator for the Maryland Center for Construction Education and Innovation, a nonprofit based in Baltimore, Maryland, focusing on expanding skilled trades education and opportunities.

After a while, Karie missed the beauty of Northern Michigan and returned up north to her hometown.

Karie joined the 9&10 News team in Dec. 2014 as a web producer. From there, she worked her way up to executive web producer before settling into her current position as director of digital operations.

During her time at 9&10, Karie has been involved in launching the hyper-local GTPulse column, creating the 2018 election center on the station’s website, and covering some of 9&10’s biggest events from the field on all of the company’s digital platforms. Karie’s work has been recognized by the Michigan Association of Broadcasters and the Michigan Associated Press.

Karie’s dad, Patrick, is a Purple Heart veteran of the Vietnam War. Her mother, Judith, works as an administrative assistant for Cadillac Area Public Schools, and her older sister, Kellie, is a nurse practitioner who recently welcomed a beautiful baby girl to the world.

Karie lives in Tustin with her boyfriend of five years, Chris, their cat named Faramir, and two dogs. She’s an avid rock hound who enjoys hand-polishing Petoskey stones. At nights, you’ll find Karie outside exploring the night sky with her telescope. She’s an amateur photographer and woodworker.