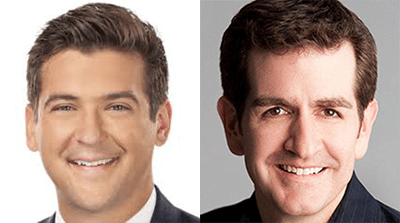 The National Sports Media Association announced this month the finalists for the 2020 Michigan Sportscaster of the Year.

WXYZ-TV (Detroit) sports reporter and anchor Brad Galli and the late Jamie Samuelsen of WXYT-FM (Detroit) were nominated for the award, awarded annually in Michigan since 1959.

Samuelsen passed away in August from colon cancer. He had been with WXYT-FM since 2012, and was a Detroit sports radio broadcaster for more than 20 years. Days before his passing, Samuelsen talked on air about the importance of getting a colonoscopy. His message to help others has been felt throughout the local community – and beyond.

NSMA members will vote during the month of December, with winners announced in January. Galli won the award in 2018, and was a finalist in 2019.

“Once again, our members have nominated some of the best practitioners of sportscasting and sportswriting that this country has to offer,” said NSMA executive director Dave Goren in a release. “It’s the first step in honoring the best of the best, as a way to pass down our history through the generations.”