On Tuesday (12/7), Michigan Radio announced the hiring of three new members to its journalism staff. 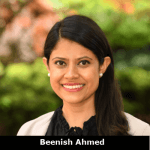 Beenish Ahmed has been hired as a new Detroit based reporter for the station. Since 2016, she has been a freelance journalist and also a reporter for WNYC Public Radio in New York. Her stories have appeared on NPR as well as in The New Yorker, Harper’s, The Atlantic, VICE and The Daily Beast. Additionally, Beenish spent two years in Islamabad, Pakistan, working with the Pulitzer Center on Crisis Reporting, covering the country’s first democratic transition of power as well as Pakistan’s education system.

Much of her reporting has focused on covering under-reported stories and adding nuance to major headlines. That included covering stories related to DACA and the #MeToo movement as well as reporting on the personal challenges Muslims in metro Detroit faced in taking a public stand against President Trump’s so-called “Muslim ban.”

She is a graduate of the University of Michigan and has a master’s degree from the University of Cambridge. She also was a Spencer Fellow at the Columbia School of Journalism in New York and an NPR Kroc Fellow. 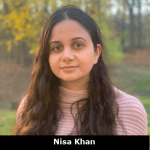 Nisa Kahn is joining Michigan Radio as the station’s first full-time Data Reporter. In that capacity, she will be reporting on data driven news stories as well as working with other news staff to acquire and analyze data in support of their journalism.

Most recently, Nisa has been working as a data intern at the Detroit Free Press analyzing COVID-19 data. Additionally, she was a digital intern at Michigan Radio and worked with the Michigan Radio Believed podcast team.

Nisa is a University of Michigan graduate in information science and has a master’s degree in journalism from Stanford, where she focused on data and multimedia. She also was a City University of New York (CUNY) Journalism Fellow at ProPublica, where she did data journalism.

Nisa will be starting at the station on January 4. 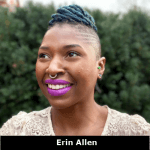 Erin Allen comes to Michigan Radio as a new producer for the station’s Stateside show. She is an experienced communicator driven by her curiosity about stories of people. Since 2019, Erin has been the Executive Producer of the Detroit Podcast Festival and co-curates the listening event series Radio Campfire. Erin has also worked as a content producer at WDET public radio and has experience in radio and podcast production, as well as event organizing, managing and coordinating.

She holds a BA in psychology from Grand Valley State University. Erin starts at Michigan Radio on, January 4.