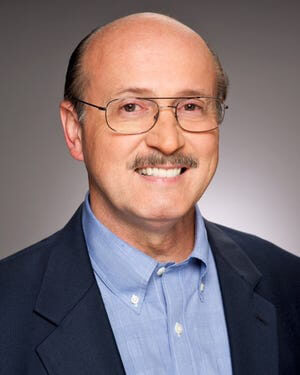 WJR-AM (Detroit) News Director Dick Haefner has announced his retirement after a remarkable 51-year career in radio news. Haefner, an award-winning newscaster, reporter, and news director, has been WJR News Director since 1989, and his tenure is unmatched by any other Detroit broadcast news director He is one of the most recognizable news voices in his hometown of Detroit, signing on to radio news in 1969 and signing off on December 11, 2020, Haefner’s last day on-air.

Under Haefner’s leadership, WJR News has been honored with nearly every national and local news award in the broadcast business, including: the Peabody Award, Associated Press national award for Best Broadcast Reporting, Edward R. Murrow Awards, and numerous state news awards. His most recent awards were for Best Newscast and Best Feature in 2019 from the Michigan Association of Broadcasters (MAB). It is believed that Haefner may be connected to more news awards from the MAB than any other broadcaster.

Some of Haefner’s projects have changed laws. A series on suburban toxic waste dumps resulted in tighter rules for handling waste. An investigation of fraud at gas stations brought about new regulations on service station inspections and fuel hauling, and even changed the way the IRS taxes the fuel hauling industry. Among the biggest stories Haefner has broken are Coleman Young’s baby, the Nancy Kerrigan / Tonya Harding incident heard around the world, and Detroit’s two side-by-side sports stadiums.

In 2005, Haefner was diagnosed with prostate cancer and became one of the first patients to undergo robotic surgery. He tracked his own surgery and recovery as a reporter, and used his experience to produce a series. “Robots In The O-R” is the only radio production to win the National Association of Medical Communicators award, the top honor in the field of health and medical reporting.

Haefner broke one of the most tragic and long-running mysteries in local history. He first reported the existence of “The Oakland County Child Killer” the day after Christmas 1976, following the murder of a Royal Oak girl. Haefner said: “I could never have imagined we would be doing stories about this 44 years later. The stories haven’t changed that much, except for the duration of time.”

On a more personal level, Haefner commented: “Anything I may have accomplished is because of other people, my wife Judy and my family who allowed me to pursue adventures in broadcast news, and especially my co-workers. My most important job was to put them in position to do their best work. What they accomplished every day is my greatest reward. I have had the best job in Detroit radio news for almost 32 years. I’m the luckiest person I know.”

Steve Finateri, Vice President/Market Manager, Cumulus Detroit, commented: “Dick Haefner can be considered one of the all-time brand ambassadors for News/Talk 760 WJR Radio and Cumulus Detroit. He is one of the most talented in our industry and has upheld the highest standards of integrity and professionalism each and every day he has graced our airwaves.”

MAB President/CEO Karole White said: “Congratulations, Dick, on your retirement from WJR after an outstanding 51-year career in radio news.  You will be missed immensely in our industry!  Thanks for your years of friendship!  Enjoy your retirement.