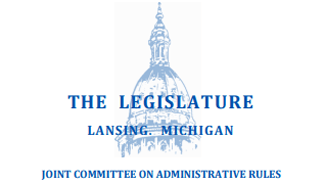 While many have hoped for a launch before the end of the year, it now appears online gaming won’t happen for about six weeks, MGCB executive director Richard Kalm told MLive Friday (12/4).

On December 1, the Joint Committee on Administrative Rules (JCAR), a bipartisan group of lawmakers from both the Michigan Senate and House of Representatives, waived the customary 15 session-day waiting period to approve final online gaming rules.

All operators and platform providers, such as DraftKings and FanDuel, still must earn final licensing approval, which can now happen after the JCAR meeting. But before they are licensed, they must submit approval letters from independent test labs to show each meets the state’s technical requirements.

Online wagering can’t begin until at least one of Michigan’s three commercial casinos — MGM Grand, MotorCity and Greektown – and one of the 23 tribal casinos earn their operator licenses, Kalm told MLive.

“It’s all good,” Kalm said. “Nothing huge is standing in the way except getting them to the licensure level. The vendors, the suppliers, a lot of those — I’ve been issuing licenses daily and vendors exemptions daily, so there’s the whole substructure that supports this is all ready to go.”

Michigan Gov. Gretchen Whitmer signed a bill in December 2019 to legalize sports betting and internet gambling, but it has been a long, painstaking process to receive rules approval and necessary legislative endorsement.