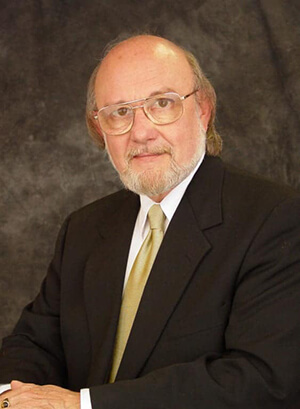 The MAB has learned that longtime Specs Howard VP of Industry Relations Dick Kernen passed away Friday morning (12/18) at the age of 82.  The family has announced that there will be no online services, but a memorial will be planned for the spring.

Kernen had been with Specs Howard since 1972, following a radio career that included stops at WXYZ-AM/FM.  Kernen was instrumental in launching the legendary WRIF-FM.  He was inducted into the Michigan Broadcasting Hall of Fame in 2003.

He was instrumental in helping the careers of some of the best-known names in Detroit:  Arthur Penhallow, Glenda Lewis, Carmen Harlan, Charlie Langton, Amy Andrews, Joe Wade Formicola and more.  When news of Kernen’s passing was posted Friday on the MAB Facebook page, former students, many of whom still work in the industry both in and out of Michigan posted their condolences.

Posting on Facebook, son Bob wrote “It is with sadness that we said goodbye to our dad, Dick Kernen, this morning. He was an extraordinary husband, father, teacher and mentor. He loved nothing more in this life than his family, both actual and the ones at Specs Howard School. He will me missed immeasurably.”

Specs Howard posted on the school’s website “Dick Kernen was much more than a colleague. He became, over the years, a dear friend. The day I hired Dick Kernen, all those decades ago, I could not have possibly known what a difference he would make in my life, the lives of the staff and the lives of thousands of Specs Howard School students and graduates. His passion for the broadcasting world permeated his every encounter. He was loved well beyond the walls of the school. Broadcast industry leaders relied on Dick for his unique brand of advice, his encyclopedic knowledge of the business and his “oh-so-Kernen” way of looking at the world. He was one of a kind and will be missed forever. Our hearts go out to Dick’s wife Char and the entire Kernen family.”

Jacobs Media President Fred Jacobs posted in his blog (12/21), “For those of you in the Midwest – especially here in Michigan – Dick was perhaps the most well-known figure in the world of Michigan radio. And across the country, Dick’s indelible impact affected thousands of careers – and the sound of hundreds of radio stations. While most of us are fixate on the trajectories of our own careers, Dick made his living and his reputation not on furthering his own standing, but being concerned about how all the rest of us were doing. When I first was hired by WRIF in the mid-1970’s, PD Tom Bender was in charge of my Detroit radio “education.” Even though I’m a Motor City native and grew up listening to WRIF, there was so much I did not know. One of the first things Tom said to me was, “You’ve got to meet and spend some time with Kernen.”  Read more here.