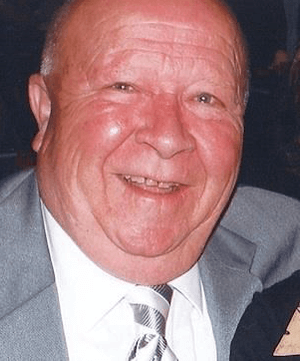 The MAB is sad to pass along news that former Jerry Moore passed away December 3 at age 79 in Jackson, TN.  Moore served in the Air Force as an aide to a General from 1963-1969 while he worked at WSOC-TV in Charlotte, NC as a Studio Operator. He left the TV Station in 1967 to travel as an Entertainer in the JerryKay Duo. In 1970, he returned to WSOC-TV, where he had a series of senior management positions with the company before leaving in 1988 to become a partner with Tom Scanlan in stations in Traverse City (WGTU/WGTQ), Alpena (WBKB), Calumet (WBKP-TV) and Marquette/Ishpeming, Michigan (WBUP-TV). Moore met his wife, Maxine, in Traverse City where he lived and managed the stations for 9 years prior to accepting a position in Jackson, TN, where he was Vice-President and General Manager of WBBJ-TV for 16 years.

MAB President./CEO Karole White said, “Jerry was a strong supporter of the MAB never missing a conference or MAB event while working in Michigan. Jerry could brighten you day with just a hello. His wit and sense of humor was well known.”

Moore is survived by his wife, Maxine and his four step-daughter and ten grandchildren.  Interment services will be held at the Holy Cross Cemetery in Marquette, Michigan to be announced for a summer date.

To honor Jerry, donations are being accepted for the Carl Perkins Center for Prevention of Child Abuse, https://carlperkinscenter.org/get-involved/what-to-donate/donate-now/