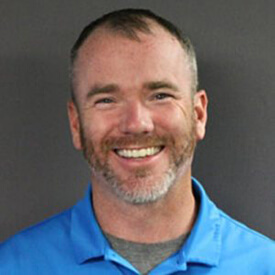 Church has been on the air in Flint for 20+ years and has been the Director of Content at TSM Flint for the last seven years. He commented, “I’m proud to have the opportunity to continue serving the Flint market. Cars is a perennial leader in Flint radio, and I hope to continue that tradition.”

Marie is making the move back into mornings after spending the last 2 years in afternoons on Cars 108. She’s also a Flint native, having worked in radio and written for a Flint lifestyle magazine for many years. Marie has called Flint home for 30+ years and commented on her new role, “I am so excited for this new chapter, and looking forward to being a part of the legendary Cars 108 morning show, and waking up with the listeners, alongside Clay.”

Townsquare SVP Programming Kurt Johnson added, “Clay and Lisa are local favorites, and having them together on Cars 108 mornings is an exciting new chapter for this legendary station.”

Brandan “B-Ray” Jamison has served as a parttime air talent on Club 93.7 for the last decade. He is a true Flintstone and has been working hard for this opportunity on Club 93.7. B-Ray talked about his passion for Flint and Club, “I’m grateful for the chance to represent the city I was born and raised in, and can’t wait to bring The Get Up to Club 93.7.”

Townsquare Flint Market President Kristine Sikkema adds, “We are excited to keep Flint live and local with great talent that share an undeniable passion for Flint.”