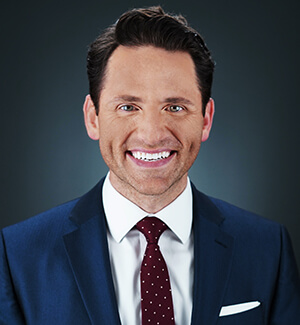 WZZM-TV (Grand Rapids) has announced the arrival of a new anchor to the station’s morning show lineup.  Jay Plyburn has joined the station following a 10-year run as a journalist for news stations in Texas, Arkansas, and Georgia. Most recently, Plyburn spent the last six months touring the country with his wife in a modified van documenting their adventures online.

“Jay is a perfect fit for our viewers in the morning,” said Julie Flynn, WZZM-TV News Director. “He’s got the talent to find the right stories that have an impact on West Michigan and the enthusiasm to keep people transfixed.”

“Right away we could tell that Jay would have a real impact on our audience,” said Dan Baylog, WZZM President and General Manager. “He has an engaging personality that viewers will love.”

“I felt nothing but good vibes when I came to Grand Rapids and am so excited for this new adventure with the (WZZM) 13 On Your Side Family,” said Plyburn. ”I know mornings can be challenging for some people, but I’m confident the team and I have the right energy and attitude to help everyone start the day off right.”

Plyburn is a native of West Virginia and a 2007 graduate of Marshall University. As a child, he was raised on the stage and took part in countless theatre productions, but his career eventually placed him in front of the camera. Jay also remains actively involved in the performing arts. He has a recurring role on The Resident (FOX) and can also be seen on Insatiable (Netflix). He has also taught acting classes.

In his free time, he enjoys traveling with his wife and exploring the great outdoors. He loves climbing (rock and any climbable tree he comes across), biking, kayaking, hiking, and camping. He also loves to cook and spends much of his time in the kitchen experimenting with new recipes.