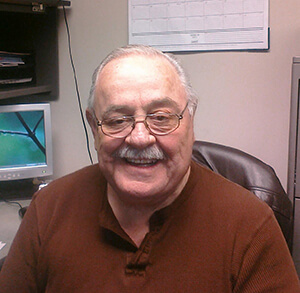 Lin D. McNett, known to radio listeners as Michael O’Shea, passed away March 8 at The Villa at Traverse Point in Traverse City.

McNett spent his youth in Alden, graduating from Mancelona High School.  He went on to join the U.S. Coast Guard, where he found his passion for radio.

After returning home he started his long and illustrious career at WCCW radio in Traverse City, adopting the air name Michael O’Shea. He entertained countless listeners with his undeniable talent and voice at various radio stations, including WTCM, before returning to WCCW, until his retirement.

McNett had numerous hobbies and constantly strived for perfection in pursuing each one. He was a champion traps shooter, made leather goods and enjoyed classic cars. He loved his children and grandchildren and would boast about all of them and their accomplishments at every opportunity.

Visitation will be held from 6 to 8 p.m. with a sharing of memories at 7:30 p.m. on Friday, March 12 at the Martinson Funeral Home of Suttons Bay. Private family services will be held at a later date.