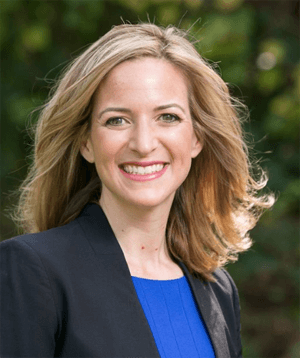 The Freedom of Information Act would be extended to both the governor and Legislature, under a new transparency agenda released Monday (3/15) by Secretary of State Jocelyn Benson. The plan also calls for elected officials would have to wait two years before working as a lobbyist, according to a report in Gongwer.

Dubbed “From Worst to First,” Benson said her agenda is the Department of State’s attempt at strengthening Michigan’s government transparency efforts, which as have ranked dead last by Center for Public Integrity when compared to other states in the nation.

“All of the measures are national best practices that voters on both sides of the aisle want, and they provide an excellent opportunity for lawmakers to affirm public faith in our democracy, as so many have claimed they wanted to do,” Benson said during a Zoom meeting with reporters. “For these reasons, I’m hopeful that the state Legislature does advance these proposals this year and that they do so in earnest.”

The initiative is three pronged and focuses on transparency in government reporting, financial disclosures from entities such as political action committees, Super PACs, 527 committees and LLCs, as well as placing certain stipulations on how lawmakers can interact with the lobbying field post their time in office.

Government transparency efforts would somewhat mirror already ongoing legislative efforts to expand the state’s FOIA laws to include the Executive Office, except that under Benson’s push the Legislature would also be included in the same expectations of transparency rather than the “needlessly … watered down version of FOIA” currently before both the House and Senate.

The House on Thursday unanimously approved a package of bills that would open some of the governor’s legislative records to the public. It would utilize a separate provision, the Legislative Open Records Act, to cover the House and the Senate. Proponents of the bill maintain the Legislature cannot be legally subject to FOIA due to the speech and debate clause in the Michigan Constitution.

The House has passed similar measures over the last several terms only to see the bills die in the Senate. according to a Gongwer report. Supporters of the bills hope this year will be different, and the Senate has already held a hearing on its own version of the bills with the intent to send them to its full chamber next week.

LORA, created under the bills, mirrors FOIA but is different in some ways. One of those is appeals would go through the Legislative Council rather than the courts. Under the bills as written, records would have to be maintained for two years. Both party leaders in the House praised the package of the bills which all passed 109-0.

While the bills broadly open up records for both the Legislature and the Executive Office, there are also a slew of exemptions.

For the governor’s office, exemptions include information related to gubernatorial appointments, decisions to remove or suspend a public official or judge from office, decisions to grant or deny a reprieve, pardon or commutation, budget recommendations, reductions in expenditures, messages or recommendations to the Legislature, the governor’s residence, information subject to executive privilege, constituent communications, cell phone numbers of the governor, lieutenant governor or employees and records that could materially compromise the security of the Executive Office if released.

Under LORA, there are several exemptions, including for records used by either caucus. However, there is not a blanket exemption in the bills for documents that run counter to the public interest if disclosed.

Benson, earlier this week in response from questions from reporters over what specifically she was worried could slip through the cracks in not extending the same FOIA requirements over to the Legislature – as would be applied to the governor’s office – she referenced potential documents without retention requirements being kept indefinitely secret by the Legislature, some of which could include information that otherwise could be disclosed.

“We’re hoping that the Legislature will close some of those loopholes, caucus communication for example, in a way that would not enable the workaround that could, again, run counter to the true transparency and the goals of FOIA,” she said. “We’re also concerned about equality – that we’re all under the same requirements and under the same transparency goals for our public.”