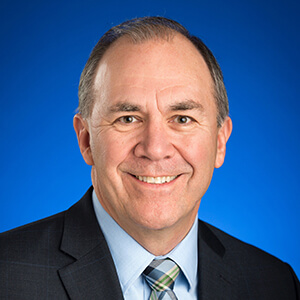 Steve Schram, Executive Director and General Manager of Michigan Radio – WUOM, Ann Arbor, has been selected to serve as the sole representative for Public Radio on the Nielsen Audio Advisory Council. The Council is a forum for Nielsen clients to share their interests, concerns, and suggestion about Nielsen’s service and to hear the perspective of Nielsen executives on such issues, as well as briefings on new products and services. Most members of the Nielsen Audio Advisory Council are CEOs or other top executives of commercial broadcasting groups.  In this newly appointed capacity, Schram will be representing the interests of Public Radio regarding Nielsen audience measurement policy, product and service offerings, and other developments essential to Public Radio.

Public radio has had a designated seat on the Council for about a decade. From a field of nominees for this position, the Public Radio Research Committee supported Schram’s candidacy based on their selection criteria of someone with broad knowledge of:

Based on Mr. Schram’s experience in commercial media, the committee felt it was also important to speak for public media in a largely commercial forum.

In addition to the new assignment to the Nielsen Audio Advisory Council, Steve Schram also serves as board Chairperson for the Radio Research Consortium (RRC).  He was recently re-elected to a second consecutive term as President of the Michigan Association of Public Broadcasters. He maintains his other public radio leadership commitment as Vice President of the member station organization, PRIMA – Public Radio in Mid America.  Schram recently marked his 15th year at the helm of Michigan Radio – WUOM, the state’s most-listened-to public radio service based at the University of Michigan.