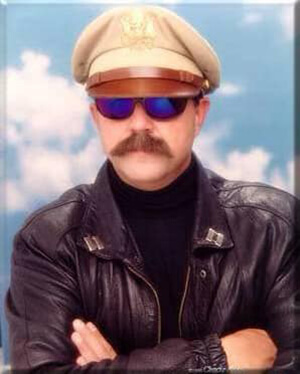 The MAB has learned that veteran northern Michigan air personality and voice-over/commercial talent “The Captain” Bill Vogel has passed away. For 20 years, Vogel was “The Mouth” of WKHQ-FM (Charlevoix) and helped put the station on the map. He built a large following with his Zoo Crew Morning Show and his fan base included visitors and residents alike.

Vogel, who left the station in 2000 to join the Michigan Talk Radio Network, developed a side career doing voice over commercial work on a nation level during his KHQ days. His voice was heard in 49 states as well as on numerous national radio/television commercials.

In a 2005 interview with the Northern Express, Vogel recalled his fond memories of his days at KHQ.  “Yeah, there were a lot of good times, that’s for sure,” said Vogel. “We certainly had a lot of fun, and sometimes maybe a little bit too much fun.”

There was a time when Vogel regularly pulled practical jokes on his listeners, and a few times they went a little too far.

“I did get in a lot of trouble when I impersonated an officer once,” said Vogel. “Now, I had a lot of officers who listened to the show who thought it was funny, but the Police Chief didn’t and he sent this detective in to see me. This guy was big, about 6’ 8’’, and pretty intimidating until he told me he was a fan of the show. I basically got off with a warning.”

Vogel reportedly passed away on March 19 at his home in Texas.  No services are planned.  WKHQ’s Robbie Bridges posted on Twitter that they have rechristened the KHQ broadcast studio the “Bill Vogel Studio” in honor of The Captain.