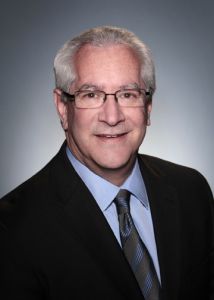 Michigan State University’s school of Communication, Arts and Sciences has announced Paul Jacobs, Vice President/General Manager of Jacobs Media and President of jācapps is a recipient of its Outstanding Alumni Award. The announcement was made by Dean Prabu David on behalf of the department’s Alumni Board.

Jacobs is one of five MSU graduates receiving the honor at the school’s annual Alumni Awards Celebration Program, which will be held virtually on May 20, 2021. Since the award’s inception in 1949, only 229 alumni (out of more than 55,000 graduates) have been so honored.

“When I attended MSU, I was probably one of the more unlikely people who would ever have been considered for this award,” observes Jacobs. “It took me a while to figure out what I wanted to do with my life, but the University afforded me the opportunity to find my true love – radio – and this launched my career. I will be forever grateful to MSU for providing the resources and inspiration that set my career on its proper path and empowered me to have an impact on my industry. I’m also particularly proud of the fact that I will be joining my brother, Fred, who received this same honor in 2012.”

A graduate in 1976 with a Bachelor of Arts degree in Advertising, Jacobs has gone on to have an impactful career in broadcasting, beginning his journey in radio sales at Detroit stations WNIC and WRIF, before becoming a General Manager of radio stations in Dallas and Detroit (WDFX, The Fox).

In 1991, Jacobs joined his brothers Fred and Bill at Jacobs Media, the leading consulting and research company for the radio industry. The company has focused on the growth and transformation of the radio industry through its numerous initiatives, including the influential DASH Conference, its engagement with the Consumer Electronics Show, public and Christian radio and more.

Paul’s brother and business partner, Fred Jacobs, commented, “Paul has been a shining example of the spirit and commitment to excellence he first experienced in the old TV/Radio Department at MSU. From the Union Building to becoming a highly-regarded media thought leader – it’s been a great run.”

Jacobs was inducted into the Michigan Broadcasters Hall of Fame in 2016 and received the Conclave’s coveted Rockwell Award in 2019.

For more information about the ComArtSci Awards Celebration, click here.