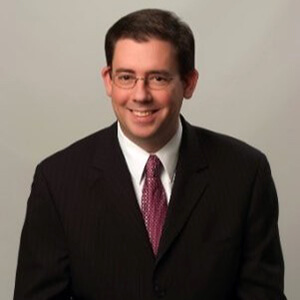 Veteran News Director Mike Schram has joined Gray Television’s WILX-TV (Lansing) as News Director, effective May 3. A graduate of Michigan State University’s School of Journalism, he started his career in broadcast journalism as a newscast producer at WLNS-TV in Lansing. He then spent several years as a producer at sister Gray station WJRT-TV (Flint).  He later returned to WLNS as Assistant News Director for five (5) years. That experience propelled him into news management, serving as News Director at KAAL-TV Rochester, MN) for five years, WEYI/WSMH/WBSF-TV (Flint) for six years.  He is currently at WDIO-TV (Duluth, MN), the top rated news station in the market.  He has worked with several members of the WILX news team in the past, including Ann Emmerich, David Andrews, Andy Provenzano and Fred Heumann.

In a note to WILX staff, VP/GM Debbie Petersmark said, “Mike brings a wealth of experience in coaching veteran and beginning career journalists, crafting newscast strategies that focus on original in-depth reporting, raising ratings and collaborating with station managers to find revenue-generating opportunities and community outreach activities that reinforce the station’s commitment to the community. He uses ratings and research data to evolve the news product with a multi-platform, digital first approach aimed at increasing viewer engagement and brand awareness.”

“I plan to bring that same focus as I begin working with the News 10 team,” said Schram. “Local viewers have come to rely on their original and impactful reporting on the people, events and issues that make the Lansing and Jackson area a great place to live, work and play. I’m proud to be part of the Breaking News and Weather Authority.”

Mike grew up surrounded by journalists. His grandfather and uncle worked for the Detroit Free Press. He helped induct his grandfather, Detroit Free Press sports columnist Hal Schram, into the Michigan Journalism Hall of Fame. And in his 25-year career, Mike himself has been recognized by his peers with awards from the Michigan Association of Broadcasters, Associated Press, National Academy of Television Arts and Sciences’ Emmy Awards, and the Radio-Television Digital News Association’s regional Edward R. Murrow Award.

Mike will be just the third News Director at WILX News 10 in the past 24 years. He follows in the footsteps of longtime News Director Kevin Ragan, and most recently Barbara Roethler, who has accepted a leadership position with the Detroit Department of Public Health.