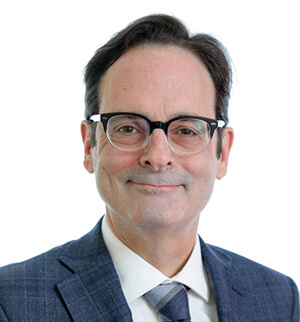 Deiters spent a professional career of more than 30 years in journalism, first as a print journalist at the Grand Rapids Press and then later at WOOD-TV.  In a tribute story on the station’s website, it was written that Deiters was respected for his commitment to truth and fairness. At The Press, he held a beat the paper called “Justice Reporter,” an apt title for the unabashed comic book fanatic who never missed an opportunity to discuss the intricacies of a court case or the hidden merits of a grilled cheese burrito.

Arcane, irreverent and innovative, Bart’s use of social media and other technologies enhanced courthouse coverage, and he was a well-known fixture around the halls of the county court clerk’s office where he routinely perused the docket in search of his next story.

“Bart has been an incredible journalist and dedicated his all to this community,” News 8 News Director Dan Boers said. “His tireless pursuit of the truth influenced change and will be remembered well into the future.”

“We have all been pulling very hard for Bart over the past couple months. He brought so much to our newsroom, both professionally and personally. He’s a fan-favorite co-worker whose wry wit, ability to use creative phrasing and his spot-on local restaurant reviews prompted many laughs in the newsroom,” Boers said. “His grizzled, no-nonsense, old-school journalism and intimate knowledge of the local crime beat and court system made him a fitting part in our newsroom, and that knowledge and experience can’t be replicated.”

Deiters was well-acquainted with the fragility of life. After 10 years of waiting on the transplant list, Bart received the gift of life in 2012 in the form of a new liver.

Halloween would represent Bart’s treat to life’s trick, a new beginning and a second chance at life. He was always quick to acknowledge his donor and her family for their selfless gift.

Upon his diagnosis in the fall of 2020, Barton was determined to fight. He went from a ventilator and a feeding tube to the first steps at rehabilitation. He learned to use his voice again and to gain some function of his body that would betray him.

Deiters, a native of Wyoming, Michigan, will be lovingly remembered by his wife of nearly 29 years, Lorena; children, Harrison and Sophia; brothers and sisters: Ronald (Mary) Deiters, George Angus, Barbara (William) Vining; many nieces and nephews, including Missy (Michael McAulay) Angus. He was preceded in death by his parents, Vernon and Violet Deiters; brother, Robert Angus; sister, Wendy Sue Fleming. A celebration of Bart’s life will be held at a later date.