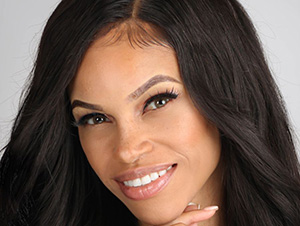 Gray Television’s WILX-TV (Lansing) has announced that award-winning journalist Amicia Ramsey is joining the station to co-host its morning newscast. Ramsey will join Mallory Anderson at the News 10 Today anchor desk beginning May 17.

Ramsey is a graduate of The University of Missouri. She was most recently a reporter at Fox13 in Memphis, Tenn., and previously with KMPH Fox 26 in Fresno, Calif., and WTOK-TV in Meridian, Miss. She has covered wildfires, DACA dreamers, earthquakes and breaking news assignments. Her favorite stories to tell are about people overcoming obstacles, social injustices and triumphing over barriers. Her activities include mentoring young people in her neighborhood and supporting causes close to her.

“I am excited to be returning to the Midwest and becoming a part of this community. I hope to build trust with people in Mid-Michigan and tell stories that impact them the most,” said Ramsey.

“Amicia is a talented journalist and a fantastic person. I believe she is a great addition to our #1 rated morning show, and that viewers will truly connect with her,” said WILX General Manager Debbie Petersmark