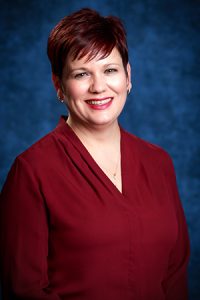 WNEM-TV (Saginaw) has announced today that longtime Michigan news producer Jayne Hodak will join the station as news director, effective June 21. Hodak has more than 25 years of broadcast news experience, including 16 years at WJRT-TV in the Flint/Saginaw/Bay City market, where she started as assistant news director before being promoted to news director. She has also worked at stations in Traverse City, Lansing and Detroit.

She most recently served as executive director of programs for the Michigan Association of Broadcasters, a position she held since February 2020.

“Jayne is a highly respected producer and storyteller with deep roots in Michigan,” said Kenneth Frierson, WNEM Vice President and General Manager. “She will be a tremendous asset to the WNEM TV5 team, and I have no doubt the quality of her leadership will shine through in our journalism.”

Hodak serves on the selection committee for the Michigan Journalism Hall of Fame and is a member of the NATAS Silver Circle, recognized for more than 25 years of distinguished broadcast service in the state of Michigan. She has served numerous terms on the Board of Governors for the National Academy of Television Arts and Sciences – Michigan Chapter. Hodak has received honors from the Michigan Association of Broadcasters, Michigan Associated Press and the Radio Digital Television News Association. She is the recipient of three Michigan Emmy® Awards from the National Association of Television Arts and Sciences Michigan.